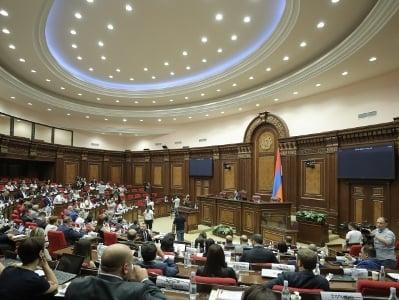 The opposition "Armenia" Faction in the National Assembly has asked several questions to Armenian authorities to find out what the government has done in the period following the Artsakh (Nagorno-Karabakh) war last fall. The respective statement disseminated by the faction reads as follows, in particular:

“A year has passed since the conspiratorial war, but as we see, thousands of our compatriots who suffered from it still continue to expect attention and certain solutions from the government to their problems, which gives grounds to conclude that the government has not taken all necessary steps and measures in the past period to fully assess the needs of our thousands of citizens and to give them systemic solutions.

The mentioned issue will be in the center of attention of the ‘Armenia’ Faction and, accordingly, the faction has petitioned to the government with an inquiry. (…). After receiving the answer to the inquiry, it will be analyzed in detail and will be presented to the public.”