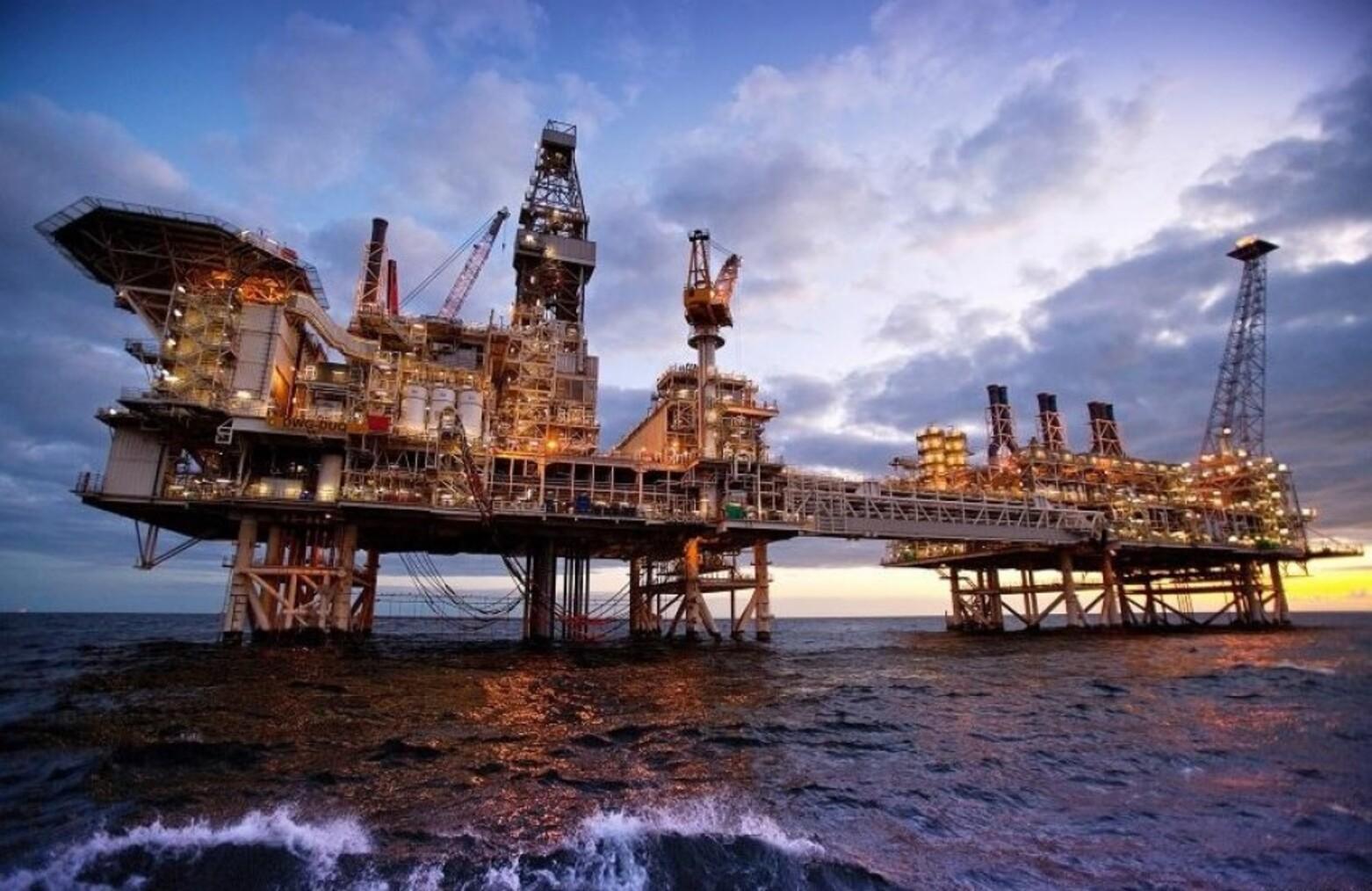 The possibility of supplying gas from the south-east direction has been considered in the European Union since at least 2008. A European Commission document from that time states: “A southern gas corridor must be developed for the supply of gas from Caspian and Middle Eastern sources, which could potentially supply a significant part of the EU's future needs. This is one of the EU's highest energy security priorities”.

Over time, however, it has become clear that gas supply options from Iran, Iraq or Turkmenistan are not realistic. In Iraqi Kurdistan there are significant gas fields and plans for export to Turkey, but in view of the security problem, export is unlikely to start soon. Iran has strong energy potential, but for the time being this country has almost no extra gas to export. In addition, Europe is likely not to be a priority direction for exports from the main Iranian field South Pars. Iran has already started gas export to Iraq and it is more probable that in a few years it will start exporting gas to the closer markets of Pakistan and India.

Turkmenistan has rich gas reserves but they are too far from Europe. In September 2011, for the first time in its history, the European Commission received a mandate to carry out negotiations for signing a contract with Turkmenistan and Azerbaijan on behalf of the EU for building Trans-Caspian pipeline. However, there is no contract for the Trans-Caspian pipeline and will not be in the foreseeable future. The main obstacle to this project is Russian objection against any gas pipelines in the Caspian Sea. So, finally Azerbaijan remained the only potential supplier for the Southern Gas Corridor (SGC). Ambitious project like Nabucco pipeline failed because of lack of gas to feed it.

The structure of the SGC was shaped back in 2013, when the shareholder in the Shah Deniz project decided that Azerbaijani gas would be transferred through the Trans-Adriatic pipeline (TAP) in order to reach European markets.

The gas is transferred through three consecutive pipelines – the South Caucasus (SCP) from Baku to Erzurum in Turkey; the Trans-Anatolian (TANAP) which crosses Turkey from east to west; and the Trans-Adriatic pipeline (TAP), which start from Greece in order to bring the gas to Italy through Albania and under the Adriatic Sea. This gas transmission system is fed by the Azerbaijani Shah Deniz field, located in the Caspian Sea.

It is worth mentioning that with the exception of Turkey (which is a big gas consumer), and Romania (which has its own production, fulfilling more than 90% of its domestic consumption), all other Balkan countries have small or even non-existing gas markets. This is why even comparatively modest new supplies can seriously affect the gas geopolitics in the region.

The gas from Shah Deniz 2 has been already contracted for the next 25 years: 6 bcm/annually to go to the Turkish market, 1 bcm/annually each for Bulgaria and Greece, with the remaining 8 bcm supplied Italy and destined for buyers in Europe.

Table. Distribution of shareholders in the gas production project Shah Deniz and in the South Caucasus (SCP), TANAP and TAP gas pipelines

The gas extraction from Shah Deniz 2 and the three pipelines that have to bring the gas to Europe are elements of an undivided business chain.

The total cost of these 4 projects is about $ 33 billion. They received funding from a number of international financial institutions – European Investment Bank, EBRD, Asian Development bank, The World Bank, The Asian Infrastructure Investment Bank.

The Southern Gas Corridor has become operational since the start of the Trans-Adriatic Pipeline in 2021. Greece, Bulgaria and Italy already have access to gas from Azerbaijan's Shah Deniz-2 field. The TAP became operational at a time when gas prices in Europe were rising and there was an increased demand. This became especially evident this summer. Gazprom is deliberately not increasing its gas transit through Ukraine to convince its European customers of the need for Nord Stream-2 and thus speed up the completion of this pipeline. That’s why European gas storage levels are lower than usual for this time of year.

The prices for Azerbaijani gas for Bulgaria are oil-indexed, and for Italy and Greece – hub-based indexed and they depend on the quotations of the major European hubs PSV and TTF. Thus, it turned out that at least for the first half of 2021 Bulgaria pays the lowest price for Azerbaijani gas and it is significantly lower than the price of gas supplied by Gazprom. This year, however, Bulgarian Bulgargaz will receive only a third of the volume of deliveries agreed with Azerbaijan. There are two reasons for this – first, the Interconnector Greece-Bulgaria, through which Azerbaijani gas is to pass, has not yet been completed and second, the production from Shah Deniz 2 will reach the planned level of 16 billion cubic meters per year only in 2022. Currently, Azerbaijani gas reaches Bulgaria on a backup route passing through the Kulata-Sidirokastro entry point. It was originally planned to use this route by the end of September 2021, but it is now clear that the Interconnector Greece-Bulgaria will be put into operation not earlier than mid-2022. In 2021, gas supplies via the SGC from Azerbaijan to Europe were planned at 5 billion cubic meters and reaching 10 billion cubic meters in 2022. However, as shown by data from platforms of European gas transportation operators, the export of Caspian gas to Greece, Bulgaria and Italy this year may reach 9 billion cubic meters.

Such growth is explained by the fact that the Turkish state-owned company Botas did not extend a long-term contract for the annual supply of 6.6 billion cubic meters of gas with BP-Azerbaijan, which is the operator of the Shah Deniz Stage 1 project, expired on April 17, 2021, and the supply of fuel through the Baku-Tbilisi-Erzurum gas pipeline was stopped. At the same time, gas production at Shah Deniz 1 and Shah Deniz 2 remained at one and the same level, and the surplus has been transported to Europe through the SGC. Of the nearly 25 million cubic meters of Caspian gas supplied to Europe every day in July, more than 21 million cubic meters went to Italy.

The gas from Shah Deniz traces out a new energy corridor through the southern part of the Balkans. Later on, additional gas supply infrastructure could be built around this corridor – LNG terminals and interconnectors. The LNG terminal in the Greek port of Alexandroupolis with a capacity of 5.5 million tons per year (approximately 7.5 billion cubic meters) is expected to be built by the end of 2023. In June 2021 the European Commission has approved, under EU State aid rules, a €166.7 million Greek support measure for the construction of this LNG terminal.

The gas from this terminal will be destined for the Greek market, as well as for transmission to the north – through the Interconnector Greece-Bulgaria it will reach other Balkan countries, and hypothetically it can be sold in Ukraine and Moldova. Among the shareholders in the Alexandroupolis terminal with shares of 20% each are the Greek state company DEPA, Greek gas grid operator DEFA and Bulgarian gas transmission operator Bulgartransgaz. The terminal is expected to receive LNG tankers from the United States, Qatar and other producing countries.

The demonstrative for the interest of American business in the SGC is the deal from July this year, in which the company Linden Energy acquired 50% of the shares of the largest private Bulgarian gas company Overgas. The Linden Energy has reserved nearly 10% of the capacity of the Interconnector Greece-Bulgaria and is likely to import LNG from the United States to the Balkan markets. Interestingly, by the end of last year, the 50% of Overgas that was now the subject of the deal had been owned by Gazprom.

TAP may have another branch to the north – to North Macedonia. Greek gas grid operator DESFA expects ongoing negotiations with North Macedonia’s energy sources company MER, for a cooperation agreement concerning the construction of a natural gas pipeline linking the two countries. Greek segment of this project will run north from Thessaloniki’s Nea Mesimvria area. It will cost 51.4 million euros, and will cover a 57-km distance.

The TAP is a scalable project and can bring additional volumes to reach additional countries in Europe but the first market test for the expansion of the pipeline has failed last month as no binding bids have been submitted by the deadline. For now, speculations that Gazprom may reserve part of TAP's additional capacity to transfer certain volumes of gas from Turk Stream to southern Italy are not justified.

In conclusion, it can be noted that the emergence of Azerbaijani gas on the markets in Southern and Southeastern Europe is a challenge to Gazprom's long-standing dominance in the region.

As a supplier of gas for the EU, Azerbaijan has two main advantages. Firstly, the gas from Shah Deniz can reduce dependence on Gazprom for the weakest part of the European energy security system – the Balkan states. Secondly, there is not that much Azerbaijani gas available, and its proportional share in EU consumption will never reach double-digits percentage. Due to this there is no risk of new over dependency, as we currently see with Gazprom.

The volumes traded by Gazprom are incomparable with those coming from Azerbaijan. In 2018 and 2019, the Russian company sold about 200 billion cubic meters in the EU and Turkey, while supplies along the EU's SGC are currently about 20 times smaller.