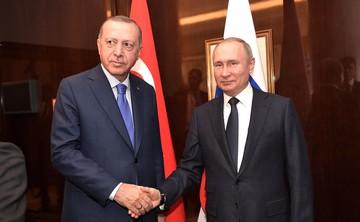 "Indeed, a working visit by Turkish President Erdogan to the Russian Federation is being prepared," the Russian presidential spokesman confirmed.

As the Kremlin spokesman specified, "the agenda [of the talks] will be very broad, beginning with bilateral relations and these are very versatile ties and the presidents always have something to talk about in this context."

"Of course, Syria and other regional conflicts will be discussed," Peskov said.

The news agency Reuters reported last week citing sources that Erdogan would arrive in the Black Sea resort of Sochi in September to discuss the situation in Syria, in particular, in the northwestern Idlib region.

Erdogan also stated in late August that in the course of his upcoming visit to Russia he was going to discuss with Russian President Vladimir Putin the details of purchasing the second regiment set of S-400 anti-aircraft missile systems.