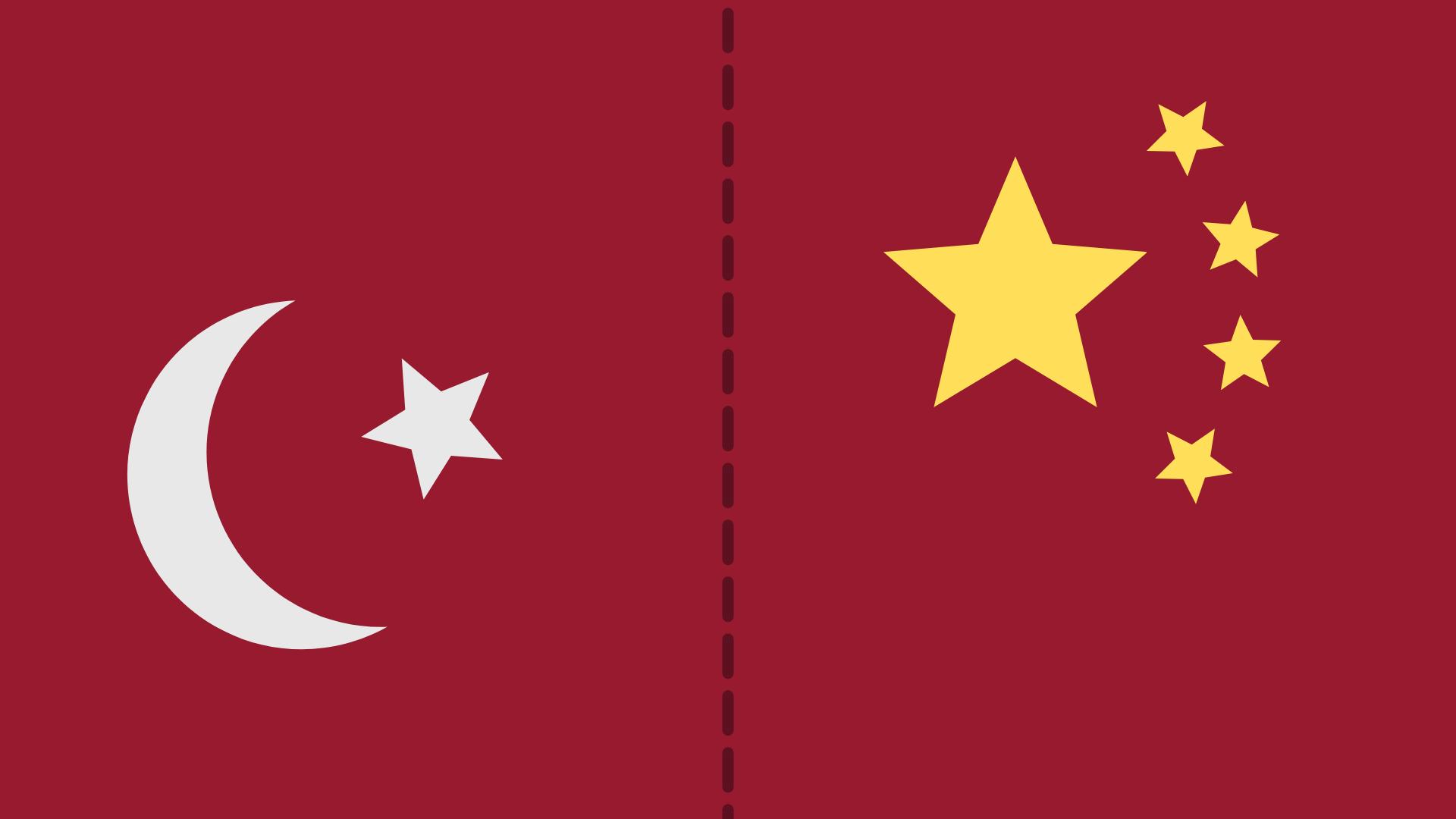 China is a latecomer to the eastern Mediterranean development boom but has used its Belt and Road Initiative (BRI) as a gateway to enter the area. As Global Voices writes, Turkey is also developing its own trans-regional strategy for economic and strategic cooperation, most notably the Middle Corridor Initiative. In their efforts to influence this region, are Beijing and Ankara allies or opponents?

The global political economy and geopolitics of the eastern Mediterranean

Centrally located in between Asia, Africa, and Europe, the eastern Mediterranean has been an important strategic junction for global trade throughout its history.

The eastern Mediterranean also provides the shortest maritime route between Asian and European markets, thanks to the Suez Canal that connects the Indian Ocean and the Mediterranean Sea. Almost 12 percent of global commerce and over 1 trillion US dollars worth of goods pass through the Canal annually. The region also serves as an important route for transporting petroleum and gas from the Gulf to the European markets. Approximately 70 percent of Europe’s energy demands are transported through the Mediterranean annually.

Home to regional power holders such as Greece, Turkey, Israel, and Egypt, the eastern Mediterranean’s geo-economic and geopolitical significance has historically attracted non-regional major powers to the region: the US, together with NATO allies; Russia which has reinforced its influence since the civil war in Syria; and now China which only started to build roots in late 2013, once the BRI was initiated in Turkey.

So far, China is mostly present via infrastructure investments including the China-Central Asia-West Asia economic corridor and the Maritime Silk Road, such as the Piraeus Port in Greece, Kumport in Turkey, El Dekheila and Alexandria ports in Egypt, and Haifa and Ashdod ports in Israel.

In Egypt, China has invested in the Suez Canal industrial zone and is building parts of the New Administrative Capital as well as financing approximately 85 percent of the 3 billion US dollar project as part of its Silk Road Economic Belt. Similarly, since 2016 China has invested in numerous clean energy projects in Greece. And in Israel, it has invested in transportation, technology, and other industries. China’s largest investment in the country so far is the Emba Hunutlu power station, a coal-based power plant. The country is also in talks with Turkey to finance the Kanal Istanbul project, a shipping canal aiming to connect the Sea of Marmara to the Black Sea. China's private sector is also getting involved in a wild set of activities – over 1,000 Chinese companies have invested in Turkish sectors from tourism and finance to transportation, mining, and energy.

In recent years, China has also sought to increase its military presence in the region. In May 2015, Beijing conducted its first-ever military exercise in the Mediterranean alongside Russia. Two years later, it conducted a live-fire drill. China's increased economic relations in this part of the Mediterranean can be traced to a turning point in 2011 when it had to evacuate its citizens from Libya following instability in the country, and realized it needed more efforts to protect its investments in the region.

Turkey’s Middle Corridor and assertive policies in the eastern Mediterranean

In November 2015, Turkey and China signed a Memorandum of Understanding to align Turkey’s Middle Corridor Initiative with the BRI.

In 2015, the Republican People’s Party (CHP), Turkey’s main opposition party, proposed the Centre Turkey (Merkez Türkiye) project, which aims to center Turkey as a logistics and production hub connecting Europe, Asia, and Africa. This project extends the Middle Corridor to Africa via the Middle East while maintaining its compatibility with the BRI. It is also an indication of shared interest between Turkey's leading government and the opposition parties.

If Turkey can position itself as an economic zone between Europe, Asia, and the MENA region, the Middle Corridor could become more attractive to China and other regional partners, thus increasing Turkey’s economic and political gains.

A working paper published by the Asian Development Bank in May 2021 suggests that an intra-regional trade zone and extra-regional economic integration policies developed as part of the Middle Corridor could facilitate engagement between the EU and China. Such a trade zone, led by Turkey and supported by trans-regional trade, could also strengthen Turkey’s role for regional states, the EU, and China.

However, unlike China’s BRI, Turkey’s regional integration vision does not include a maritime corridor. Instead, from 2015 onwards, Turkey has implemented an assertive eastern Mediterranean policy relying on military capabilities, rather than diplomatic talks, to enforce its maritime jurisdiction claims vis-a-vis regional states like Greece, Southern Cyprus, and Egypt. Still, Turkey’s latest Eastern Mediterranean policies can also be considered defensive.

In January 2019, Southern Cyprus (Republic of Cyprus), Egypt, Greece, Israel, Italy, Jordan, and Palestine established the East Med Gas Forum to create an energy hub in the region. Turkey’s exclusion from the group caused tension in Ankara, promoting Turkey to launch a unilateral gas exploration and drilling effort supported by warships. In November 2019, Turkey and Libya delineated their maritime border, which partially overlapped with the Exclusive Economic Zones (EEZ) of Greece and Egypt, triggering strong reactions from both.

Local experts, such as researcher İlhan Uzgel, say Turkey’s current assertive naval policies in the eastern Mediterranean, encapsulated by the Blue Homeland doctrine of 2013, are similar to the neo-Ottomanist policies promoted by Turkey’s former Minister of Foreign Affairs and Prime Minister Ahmet Davutoğlu in the 2000s and early 2010s.

Turkey’s offensive policies have triggered strong reactions from other regional powers and exacerbated tensions in some cases. In May 2020, foreign ministers of Cyprus, Egypt, France, Greece, and the UAE denounced Turkey’s activities in the Southern Cypriot Exclusive Economic Zone, “an area of the sea in which a sovereign state has special rights regarding the exploration and use of marine resources.” In September 2020, then-US Secretary of State Mike Pompeo confirmed US support for Greece, as did Egyptian President Abdel-Fattah al-Sisi in November. The following month, the European Council imposed sanctions on Turkey.

China typically stays silent on tensions within the Mediterranean in an effort to maintain positive relations in the region and maximize its benefits. However, this position might change depending on future developments.

Currently, China seems to favor Greece for its trade relations with Europe. Piraeus Port is located closer to European markets and provides a shorter and more cost-effective route than Turkey’s Kumport. However, as the six-day blockage of the Suez Canal in March 2021 has shown, the development of alternative trade routes is essential. According to Minister Karaismailoğlu, the Middle Corridor is the most suitable alternative East-West trade route.

Due to these developments, China and Turkey are expected to continue to collaborate to align their distinct but overlapping visions for trans-continental integration, as was reinforced by Chinese Vice President Wang Qishan. Should Ankara's political and military ambitions in the region increase, Beijing might reconsider Turkey's role as a reliable partner in the BRI.