BRICS concerned about development in Afghanistan 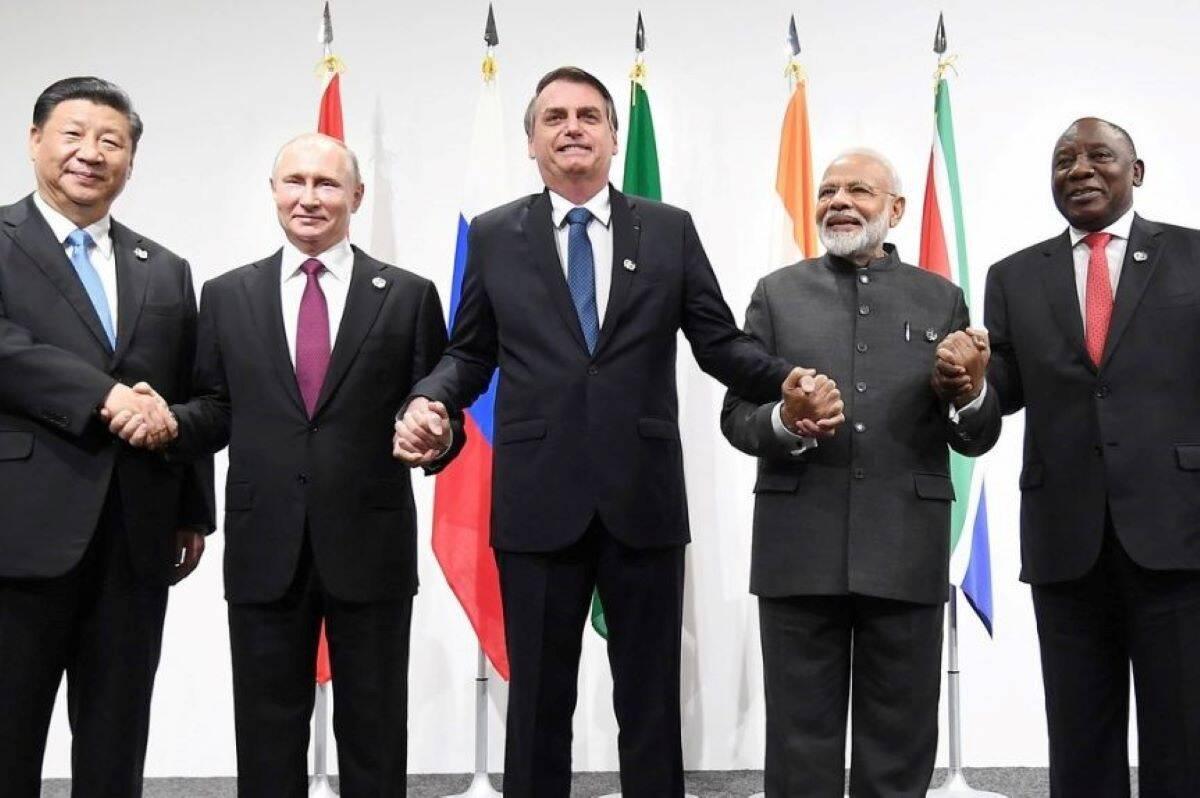 Today, at the BRICS online summit, the leaders of Brazil, Russia, India, China and South Africa are discussing the latest developments in Afghanistan, as well as the fight against terrorism and international crime.  Financial Times writes that though the host-Chair India has identified the four key areas of intra-BRICS cooperation as reforming the multilateral system, counter-terrorism, digital solutions for sustainable development and people-to-people cooperation; the centre of attention would be Afghanistan.

The issue of terrorism has acquired a new significance owing to the withdrawal of US forces and the Taliban’s (a terrorist organization banned in Russia) capture of power in Kabul. There is a global concern that Afghanistan may re-emerge as a springboard of radicalism and terrorism. New Delhi too might be at the receiving end given its low influence over the new regime in Kabul. In contrast, Islamabad is having a field day bringing the warring Taliban factions together, installing a new regime, and playing second fiddle to the big powers in their negotiations with the Taliban.

India has persistently raised the issue of terrorism in all international forums. But at the Goa Summit of BRICS in 2016, India placed terrorism higher up in priority compared to other issues.  Chinese spokesperson, Hua Chunying, criticised the linking of terrorism to any specific country, ethnicity or religion. Beijing objected strongly to New Delhi’s efforts to hold Pakistan accountable for the terrorist attacks. In the final declaration of the Summit, there was no mention of Pakistan as beinga sponsor of terrorism or even of radical networks operating from there. This was considered a major setback to New Delhi’s efforts.

There was an unexpected turnaround at the Xiamen Summit in 2017. The declaration mentioned several organisations including the Taliban and the Haqqani Network (banned in Russia) for perpetrating violence. It expressed concern over the “violence caused by the Taliban, ISIL/DAISH, Al-Qaeda (all three banned in Russia) and its affiliates including Eastern Turkistan Islamic Movement, Islamic Movement of Uzbekistan, the Haqqani network, Lashkar-e-Taiba (LeT) , Jaish-e-Mohammad (JeM), TTP and Hizb ut-Tahrir.” New Delhi described it as a diplomatic breakthrough because the names of LeT and JeM were mentioned in the declaration for the first time. Interestingly, this declaration praised the efforts of the Afghan National Forces in fighting the terrorist organizations. The names of the Taliban and the Haqqani network also figured prominently in the list.

The Haqqani network, headed by Sirajuddin Haqqani, is an important constituent of the Taliban regime in Kabul. In an article published in the New York Times (20 Feb 2020), “What We, the Taliban, Want,” Sirajuddin Haqqani, presented himself as the deputy leader of the Taliban. He dismissed the idea of the Taliban being different from the Haqqani network. The US State Department treats the Haqqani network and Taliban as distinct entities, despite their affiliations. It had designated the Haqqani network as a terrorist group in 2012. The FBI also offered $5 million for any information leading to Mr Haqqani’s arrest. In the present ruling dispensation in Kabul, he is the Minister of the Interior Ministry overseeing the law and order situation in Afghanistan. His uncle, Khalil Haqqani, the acting minister of refugees and repatriation is also blacklisted by the US State Department. The government in Kabul will be headed by Mullah Mohammad Hassan Akhund, one of the founders of the Taliban, who is himself on a UN blacklist.

Therefore, the first and foremost challenge before the BRICS states is to devise mechanisms to deal with the new government in Kabul. The offices of the Prime Minister, the Interior Minister and many others are held by individuals who were designated as terrorists. The BRICS in its Xiamen declaration has blacklisted organisations whose leaders were once in terror outfits and are now in the government. So, how will BRICS deal with such organisations and individuals? Will it turn a blind eye or wait for the West to take a decision first?

There is a consensus among the BRICS states that Afghanistan should not become a safe haven for groups such as the Islamic State and al-Qaeda. Each country has its own nemesis or target groups in Afghanistan. Just as China fears the East Turkestan Islamic Movement (ETIM), Russia too dreads the spread of the Islamic State, al-Qaeda and the Islamic Movement of Uzbekistan. While in India, concerns are about the consolidation of the LeT, JeM and Haqqani network.

BRICS states agree that terrorism in all forms should be condemned and countered. In the 6th meeting of the BRICS Counter-Terrorism Working Group, held virtually on 28-29 July 2021, an Action Plan was laid out which aimed at result-oriented cooperation in areas such as preventing and combating terrorism, radicalisation, financing of terrorism, misuse of the internet by terrorists, information sharing and so on. This Action Plan is being projected as one of the key achievements of India’s Chairship of BRICS.

The developments in Afghanistan have altered the meaning and the way we look at terrorism in South Asia. India’s diplomatic efforts will invariably encounter the wall of the Beijing-Islamabad nexus as Beijing will not displease Islamabad at a time when its support is critical in containing the influence of the ETIM. In fact, China will turn a blind eye to the nexus between Rawalpindi and the Haqqani network. It will continue to view Pakistan as a ‘victim of terrorism’, rather than taking it as both ‘the sponsor and a victim’.

The situation is far more precarious for Russia because of the presence of its forces on Tajik-Afghan borders, the exclusion of Tajiks from the interim government in Kabul and the ongoing conflict between the Tajik and the Taliban forces in the Panjshir valley. Moscow is wary of the spread of radical Wahabi ideology in Central Asia and the Caucasus region. Drug trafficking and the refugee problem are other key issues for Russia. Instability in Central Asia and the Caucasus would create a nightmare for Russia – similar to what it witnessed in the 1990s. To avoid that situation, it is actively pursuing negotiations with the Taliban bilaterally as well as in the troika format.

India can gain some influence in Afghanistan but this would require more active support from Russia, Iran and even Beijing. New Delhi must grapple with a few new realities in South Asia – first, the Taliban are likely to stay in power at least for some time; second, Washington is unlikely to undertake counterterrorism operations in the region any further; and finally, Moscow, Beijing and Tehran, in addition to Islamabad, are becoming the new players in the Great Game as it slowly unfolds in the region. Therefore, New Delhi needs to recalibrate its regional strategy which factors in the new regime in Kabul as well as the new regional power-brokers. BRICS and the SCO are two useful platforms for New Delhi in dealing with these powers.