Georgia is ready for mediation between Armenia and Azerbaijan 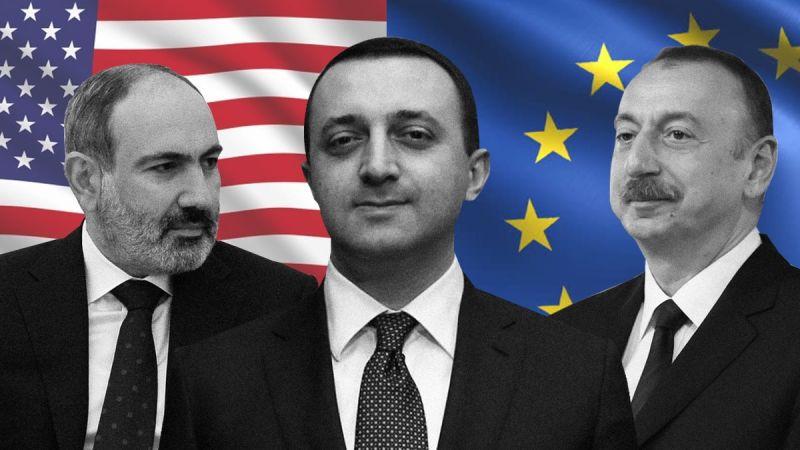 It should be stated that the official visit of Armenian Prime Minister Nikol Pashinyan to Georgia on September 8 was driven by the need to accelerate the process of peace and cooperation establishment in the South Caucasus.

"Most of our discussions and today's negotiations were devoted to the agenda of opening an era of peaceful development in our region which I and representatives of our political force discussed in detail with our people during the early elections," Pashinyan declared at a press conference following the results of negotiations with Georgian Prime Minister Irakli Garibashvili.

Under the peaceful development, Pashinyan meant the opening of transport communications that have been blocked since the beginning of the 1990s; the delimitation and demarcation of the border with Azerbaijan, and the resumption of negotiations within the framework of the OSCE Minsk Group.

This approach was publicly voiced by the head of the Armenian Foreign Ministry, Ararat Mirzoyan who accompanied the Prime Minister. The latter expressed two claims in his conversation with the Georgian vis-a-vis David Zalkaliani: Azerbaijan declines from returning Armenian prisoners of war and infiltrates the territory of Armenia.

The Armenian guests publicly kept away from the peace agreement with Azerbaijan which implies the recognition of each other's borders, as well as the need to recognize the independence of the Armenians of Karabakh. Reports from Yerevan show that the first issue is being considered by the entire Armenian society while the second issue is an irritant factor in Azerbaijan in terms where attempts are being made to launch direct peace negotiations Aliyev-Pashinyan with the mediation of Georgia.

The fact that such negotiations are possible in the near future, and even through the mediation of Georgia, was indirectly mentioned by both Prime Ministers, pointing to the experience of resolving the problem of Armenian prisoners of war and mine fields created by Armenians in the occupied territories of Azerbaijan.

It is important to note that through the mediation of Garibashvili, Pashinyan and Aliyev managed to exchange 15 Armenian prisoners of war for partial maps of minefields. It should be remembered that Garibashvili visited Baku on May 5 after telephone consultations with Pashinyan, and on June 12, the transfer of 15 Armenian citizens took place on the border between Azerbaijan and Georgia with the participation of representatives of the Georgian authorities. In response, Azerbaijan received maps from Armenia showing 97,000 anti-tank and anti-personnel mines.

"As you know, Georgia has always been a follower of peaceful cooperation and coexistence in the South Caucasus. And we have recently proved this in practice. A few months ago, we had the opportunity - thanks to my mediation and the direct participation and commitment of Mr. Prime Minister, as well as thanks to the efforts of the President of Azerbaijan - and we, our three countries and their leaders succeeded to achieve success in the issue of releasing Armenian prisoners of war so that they could return to their homes, and providing Azerbaijan with important documentation, namely maps. This successful precedent strengthens our optimism," said Garibashvili making it clear that exactly the same result might be achieved on the entire range of issues.

At the same time, he did not hide that his optimism in resolving the Armenian-Azerbaijani conflict became even stronger after a face-to-face conversation with his Armenian counterpart.

"I got acquainted with a new vision of Mr. Prime Minister that concerns only the development, stable development and well-being of his country and the Armenian people. The Karabakh war was certainly a difficult challenge for our region but now that I know what the new vision of Mr. Prime Minister is, I believe that this challenge will turn into a new opportunity to bring prosperity to Armenia and the Armenian people. I would also like to say that the stability of Armenia is very important for us, both politically and economically which is directly related to the stability of our country and the region as a whole. Therefore, I would like to express our common regional goal in three words - peace, stability and prosperity which unites us, all three countries of the region, " Garibashvili said.

It should be noted that the speech of the Georgian Prime Minister made it clear that he was prepared to act as a mediator in the Armenian-Azerbaijani negotiations at a high level.

"...I once again confirmed to the Prime Minister Georgia's full readiness to continue the role of active mediator for restoration of  the trust which is very important to form fundamentals of our future cooperation," Garibashvili stressed.

Recently, the co-chair countries (the United States, Russia and France) of the Minsk Group have been increasingly urging Armenia and Azerbaijan to start substantive negotiations within the framework of the process. However, statements from Baku and Yerevan indicate that the confidence in the Minsk Group as a whole or in its individual members has been undermined. In this respect, the inclusion of neighboring Georgia in the negotiation process looks like a much more reliable factor with elements of guarantees in the agreements reached behind the scenes.