We are determined to restore the peace process with Azerbaijan, Pashinyan says 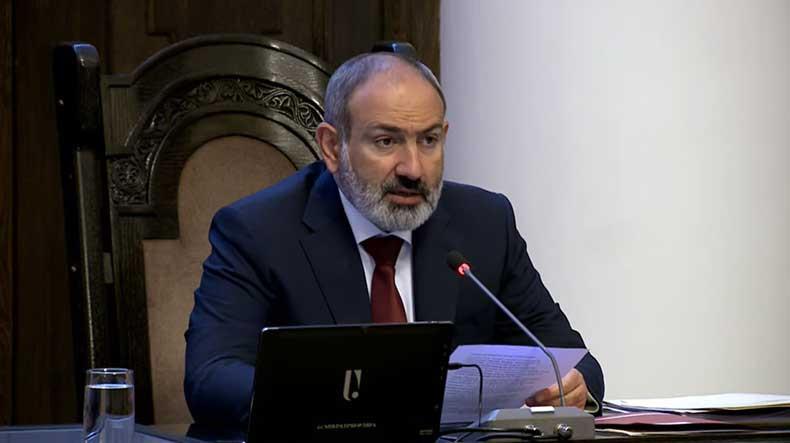 "The settlement and deepening of relations with bordering states will be one of the main foreign policy directions of the cabinet, which is reflected in the government programme adopted by the National Assembly," Nikol Pashinyan stated on Wednesday during the cabinet session. The prime minister informed that after reelection he paid his first visit to Iran and plans to travel to Georgia on September 8. The focus of his discussions, he said, would be the expansion of communication routes, North-South Road programme among them.

Pashinyan stressed that Armenia is extremely interested in establishing railway link with Russia and Iran. In this regard, he informed about the ongoing discussions within the Armenia-Russia-Azerbaijan  trilateral format which addresses the issue of unblocking the communication routes.

"We are determined to restore the peace process with Azerbaijan under the auspices of OSCE Minsk Group," noted Pashinyan, pointing also to the need of delimitation and demarcation agenda.

Pashinyan also commented on the positive signals coming from Turkey about establishing relations. "In those statements we see an opportunity to discuss the settlement of the Armenian-Turkish relations, the relaunch of Armenian-Turkish railway and roads and we are ready for that conversation which may turn into a wider context amid what I said above," said Pashinyan. "Peace, stability and cooperation are goals which are desirable and easy to declare, however clever, pragmatic and reasonable efforts are needed to realize them. The Republic of Armenia is ready to exert those efforts," concluded the PM.