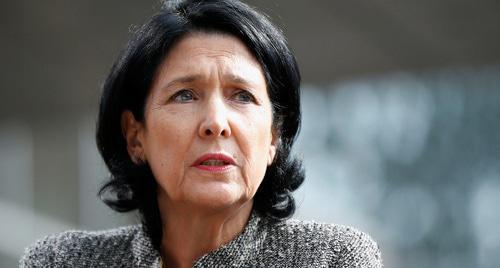 Georgian President Salome Zurabishvili has stated it is unclear for her and the public why the Georgian Dream government has refused to take the second tranche of the EU’s 150 million euro loan which should have been addressed to decrease 'the social and human damage that COVID has done to our population'.

Zurabishvili said that the reason cited by the government for the refusal - positive moves in the state economy and the wish to decrease the country’s foreign debt - is weak.

She also said that ‘such unilateral decisions’ affect the country’s reputation and discourage investors.

"We must also understand that in the post-Afghanistan period, a new strategic situation is emerging where our stability and security will depend more on Europe than before," Zurabishvili said.

She stated that when Georgia has plans to apply for EU membership by 2024 it is important for the country to show more stability in its decisions and retain the trust of partners.

According to her, the October 2 municipal elections will be significant on the path of Georgia’s Euro-Atlantic integration and the government should ensure the holding of the race in a free and a competitive environment, Agenda.ge reported.