Baku is showing strategic patience. But how long will it have to wait? 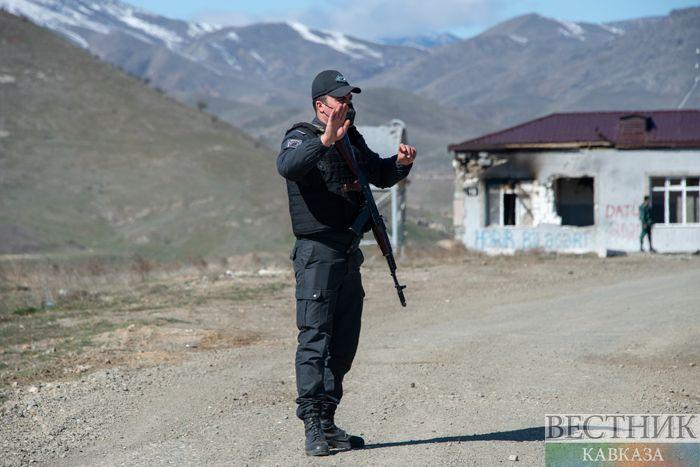 In recent weeks, the intensity of passions in Karabakh and on the interstate border of Armenia and Azerbaijan, still awaiting delimitation, has been growing. Skirmishes on the border and in the zone of responsibility of the peacekeeping forces of the Russian Federation in Karabakh occur regularly, soldiers die, disappear and are captured. The culmination of the events of recent days was, perhaps, the capture of an Azerbaijani soldier in Karabakh on August 26.

The incident took place in the zone of responsibility of the Russian peacekeepers, rather far from the nearest Azerbaijani post. Azerbaijan said that earlier a soldier who went through a 44-day war, voluntarily left the psychiatric department of a military hospital where he was receiving treatment. This is a person with a mental disorder, and the issue of his return to the Azerbaijani side will be resolved in contact with Russia.

However, the Armenian side is in no hurry to return the Azerbaijani military. Perhaps in the hope of exchanging it for someone from our own held in Azerbaijani prisons. In the foreseeable future, this tactic can become quite risky. The fact is that until now the Karabakh Armenians have repeatedly wandered into the territory controlled by the Azerbaijani army. The Azerbaijanis immediately returned them with the mediation of the Russian peacekeepers. But will Baku from now on also be loyal to the next "lost" one?

Various versions of what is happening are being put forward. According to one of them, Armenia is purposefully pursuing a hard line in order to destroy the trilateral statement of November 9, 2020 on the eve of the elections to the State Duma, thereby discrediting one of the largest diplomatic successes of the Russian government in recent years. The capture of the Azerbaijani military by the separatists and the indicative "investigation" is just such a provocative step on this path. Another "jab" at Baku is the recent trip of the Armenian Minister of Labor and Social Affairs to Karabakh. On September 2, the day of the "proclamation of independence" of the separatist "NKR", new surprises can be expected. It looks like in the next two or three weeks Baku will be taken "weakly".

By discrediting the trilateral agreement of November 9, Pashinyan, willingly or unwillingly, is playing up to the "Western partners" who have remained outside the Karabakh settlement. It also cannot be ruled out that an attempt is being made to play on the differences in the approaches of the Russian elites to the issue of politics in Karabakh, and to induce the Russian power bloc to take active steps in the region. This will undoubtedly cause a chill in Russia's relations with Baku and Ankara - to the delight of those who were unceremoniously kicked out of Caucasian politics in 2020.

There is also talk about a "Georgian scenario" for Azerbaijan, which is allegedly being prepared in the Kremlin. Perhaps Yerevan would be happy to provoke something similar for their enemy, hiding behind the broad backs of Russian soldiers. All Armenian borders are guarded by Russia to one degree or another, and therefore there is nothing to be afraid of. But this idea is rather unpromising - Aliyev is not Saakashvili, he is not inclined to scams, and Moscow, where they are accustomed to reasoning soberly, does not need such a development of events. We do not have many friends to throw them around in the name of the ambitions of dwarf states, no matter how offensive it may sound to our allies.

It is gratifying that Baku is trying to maintain a cool head, although it is not easy for the local authorities to do this. The stubborn, almost principled silence of the Baku officialdom on the issue of the prisoner says only one thing - in Baku they understand that the stakes in the current game are too high. They do not want to abruptly destroy the fragile structure of a peaceful region so carefully built by Russia, Azerbaijan and Turkey to please the Armenian nationalists and the Western countries that support them. A stable world is more important than momentary emotional outbursts.

The fact that the Russian peacekeepers are silent about the incident with the Azerbaijani soldier is also no coincidence. Moscow can put pressure on Yerevan, forcing the release of the soldier, but in response, a large-scale dirty campaign against the Russian Federation in Armenia will be unleashed with 100% probability. We must act in a balanced and restrained manner, moving towards peace despite attempts to sabotage.

However, the Armenian side should be extremely careful in its actions. In an attempt to destroy the trilateral agreement, it is important for her not to overdo it - after all, another "flogging" by Baku may follow with the tacit consent of Moscow, as was the case when the Azerbaijani special forces carried out a sweep in Karabakh in early December 2020.