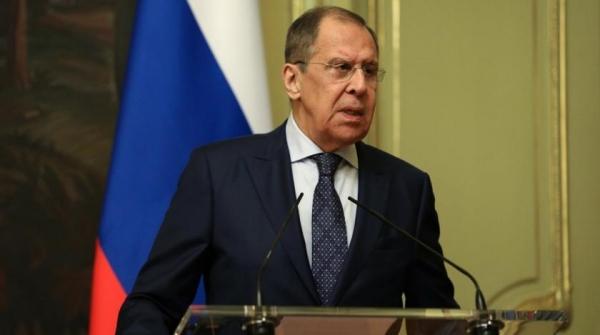 Russia and Europe are continuing cross-border cooperation despite the existing frigid relations between Moscow and Brussels, Foreign Minister Sergey Lavrov stated in his video message to the participants of the ‘Frontiers of Russia: Geopolitics, Regional Studies, Historical Memory’ conference.

"Despite a certain cooling in our official contacts with the EU, the implementation of cross-border cooperation programs with EU member states is underway, with the Kaliningrad Region also actively taking part in it," the Russian foreign minister emphasized.

Lavrov praised the relevance of the issues brought up for discussion, connected with the development of border municipalities and regions, their role in strengthening Russia’s international clout as well as enhancing good-neighborliness. "Today, as the world undergoes global changes <...>, unleashing the potential of border and interregional ties fully meets our foreign policy interests," according to the top diplomat.

Furthermore, Lavrov stressed the importance of engaging Russian regions in the implementation of a unified foreign policy course set by President Vladimir Putin. "For example, regional cooperation with Belarus, Kazakhstan, Kyrgyzstan, Tajikistan and Uzbekistan in various fields already has significant stability and offers serious prospects for further development," the Russian chief diplomat noted. He also mentioned that interregional ties with countries from the Asia-Pacific zone, the Arctic, Barents and Baltic Sea Regions were being vigorously carried out.