Will US withdraw its troops from South Korea after Afghanistan? 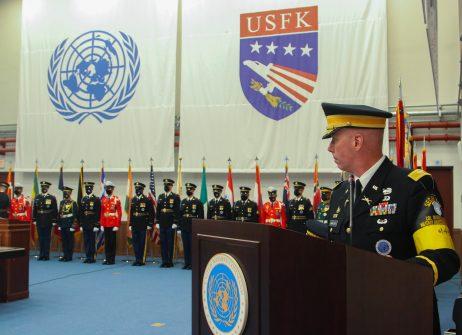 Since the United States withdrew its troops from Afghanistan, the Taliban (banned in Russia) have taken control of power more quickly than expected. Chaos reigned at the Kabul airport as Afghans desperately tried to flee the country.

U.S. President Joe Biden emphasized that the U.S. has no “vital national interest” in Afghanistan, aside from “preventing a terrorist attack on American homeland.” “American troops cannot and should not be fighting in a war and dying in a war that Afghan forces are not willing to fight for themselves,” Biden said, The Diplomat writes.

Biden said in an interview with ABC News on Thursday that “there is a fundamental difference between Taiwan, South Korea and NATO” and “we made a sacred commitment to Article Five that if in fact anyone were to invade or take action against our NATO allies, we would respond.” He added that it applies to South Korea, Japan, and Taiwan (although administration officials later clarified that Biden misspoke when he included Taiwan, which does not have formal relations with the U.S., on the list).  Jake Sullivan, Biden’s national security advisor, also made clear that Afghanistan and South Korea are fundamentally different and emphasized that Biden has no intention of drawing down forces from South Korea.

Seoul has not officially expressed concerns over the possibility of U.S. troops withdrawing from South Korea. However, some conservative hawks and politicians have expressed concerns that South Korean President Moon Jae-in’s peace process on the Korean Peninsula may finally lead to the withdrawal of the U.S. troops and may create a vulnerability in national security. They are asking the government to build a much stronger relationship with the U.S. under the “blood alliance.”

“The U.S. will not withdraw a significant number of troops from South Korea anytime soon,” Leif-Eric Easley, associate professor of international studies at Ewha Womans University in Seoul, told The Diplomat. He added that the situations in South Korea and Afghanistan are not comparable. “In addition to shared interests for U.S.-South Korea security cooperation regarding North Korea, Washington won’t pull its troops off the peninsula anytime soon because that would be perceived as geopolitically ceding Asia to China,” Easley said.

Experts and the majority of South Koreans believe that South Korea would not be the next Afghanistan, but some analysts still moot the need for preparing for the worst-case scenario – a U.S. troop withdrawal and a Second Korean War triggered by North Korea.

Some have repeatedly stated that the country needs to consider the redeployment of strategic nuclear weapons if U.S. troops disengage from the country. However, experts say that it would not be a realistic bargaining chip to negotiate the denuclearization of North Korea, nor an effective measure to entice China to take a key role on North Korea issues.

“The current South Korea-U.S. joint defense posture would remain even if the U.S. withdraws its troops from South Korea. It is a completely different situation now than it was in the Korean War,” Kim Young-jun, a professor of national security affairs at Korea National Defense University and a member of National Security Advisory Board for the presidential Blue House, told The Diplomat. “The existence of U.S. troops in South Korea has no decisive impact in the current situation, where the South Korean military already recognizes the signs of [a hypothetical] North Korean attack with aviation and satellite surveillance assets,” Kim said.

In a statement from Kim Yo Jong, sister of the North Korean leader Kim Jong Un, published last week, she implied that “the U.S. troops in South Korea” are the “root cause” of tension on the Korean Peninsula. Kim Yo Jong criticized the South Korean-U.S. joint military exercises even though her brother had expressed his understanding of the necessity of the U.S. military presence and joint military exercises between the U.S. and South Korea in summit talks with South Korean President Moon Jae-in in 2018.