Why is Iran delaying the completion of the North-South project? 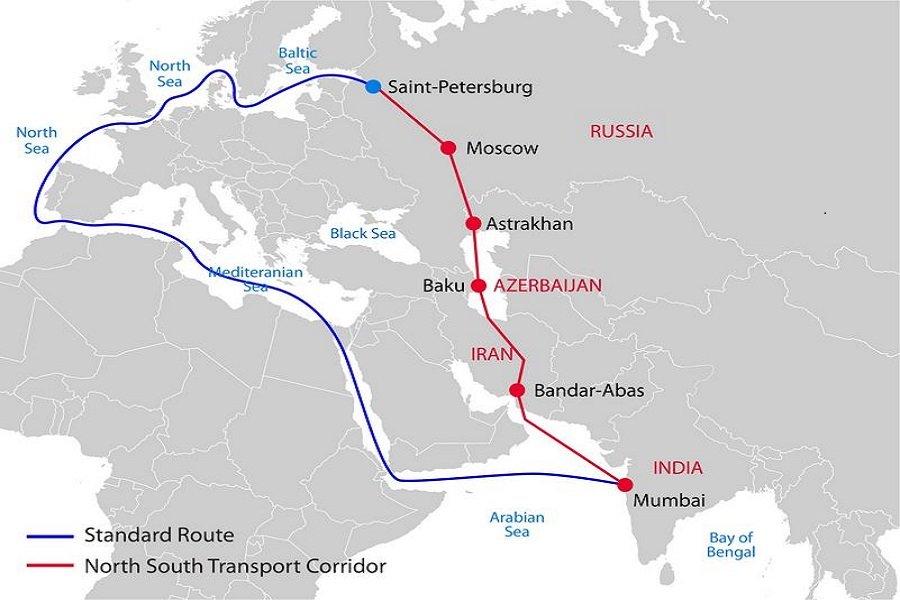 Iran wants to finish soon the construction of the last section of the North-South project. When will the new trade route from Russia to India be implemented, and what economic and political bonuses can it bring to our country?

Considering that the first stone in the foundation of the North-South building was laid back in 2000 by an intergovernmental agreement between Russia, Iran and India, and the project still cannot be completed, the news of the imminent final can be considered almost a sensation. But first, let's figure out why Russia needs the North-South transport corridor

So, North-South is an international transport corridor. It goes from Russia to Iran through Azerbaijan and connects by sea with India. Asian markets have grown sharply in recent decades, for example, India's GDP has increased fivefold over the past 20 years. The GDP of Iran and Pakistan is four times (despite the fact that the Iranians have been strangled by economic sanctions for many years). The rise of Asia creates an opportunity for both exports and imports. For the sale and purchase of goods, logistics are needed, and nowadays the most important thing for carriers is saving time.

The North-South project offers countries the shortest route for trade between Europe, India and the Gulf countries. The length of the corridor from St. Petersburg to the Indian port of Mumbai is 7.2 thousand km. This route is 30-40% shorter than through the Suez Canal, and, therefore, is as much more economical. It must be said that the project is not limited only to Russia, Azerbaijan, Iran and India. It can be joined by the European Union, which has established rail links with Russia. For the EU, this is an additional opportunity for the sale and purchase of goods, given that it is the largest trading power in the world.

"North-South" can also cover the countries of Central Asia, because the second route of the road runs along the eastern coast of the Caspian Sea through Kazakhstan and Turkmenistan. A complete list of interested countries can be found on the website of the Russian Foreign Ministry: Belarus, Kazakhstan, Oman, Tajikistan, Azerbaijan, Armenia, Syria, Bulgaria, Kyrgyzstan, Turkey and Ukraine. All of them joined the intergovernmental agreement on the North-South international transport corridor signed by Russia, India and Iran in St. Petersburg in 2000.

It is extremely beneficial for Russia that a considerable part of the trade flow between South Asia, the Persian Gulf countries and the EU, and this is hundreds of billions of dollars, will go in transit through its territory, which will bring significant revenues to Moscow. Of course, it will take time to connect other players to the "North-South", but before that it is necessary at least to complete the best option that Russia, Iran and Azerbaijan are working on. To date, the section from Russia to the Azerbaijani-Iranian border is ready. Back in February 2018, the first freight train from Russia arrived on this section to the Iranian city of Astara. On the Iranian border in the direction of India, everything is also ready. In 2019, the construction of a section of the railway from Qazvin to Rasht was completed. India, for its part, invested more than $ 2 billion in Iran's railways and built the port of Chabahar for $ 500 million on the shores of the Gulf of Oman. It is from here that cargo will go by sea from Europe to India and back.

To complete the "North-South", only a little remained - to complete the construction of a 200-kilometer railway from the Iranian Rasht to the border Astara in order to connect it with the infrastructure of Azerbaijan. To speed up the process, Azerbaijan allocated a $ 500 million loan to Iran, but the road is still not ready.

Farhad Ibragimov, an expert at the Valdai International Discussion Club, an Iranian scholar, believes that it is not the Iranians who are to blame for the delay in the construction of the Iranian section, but the West. “Indeed, the Iranians have been pulling the construction of their section from Astara to the city of Rasht for several years. into the life of even profitable, important, life-supporting transport projects, "he said in an interview with Vestnik Kavkaza.

The expert believes that the new President of Iran, Ebrahim Raisi, is serious, but it will still take more than one year to complete the project.

"The imminent completion of the project, which the Iranian ambassador to the Russian Federation is talking about, by the standards of the Persians may be in about 2-3 years. I believe that by the end of the first term of Ebrahim Raisi, which is 2025, the North-South project is already in full Moreover, negotiations between Moscow and Tehran are expected soon. I don’t undertake to say at what level these negotiations will take place, but there are already active discussions on how Russian-Iranian relations will develop under the new Iranian president. Within the framework of this discussion, the question of completing the construction of this section of the project will be raised, "Ibragimov added.

Time will show whether Russia and Iran will be able to implement one of the most ambitious projects of our time. It is clear that ill-wishers will continue to put a spoke in the wheels, and this will be done, first of all, by the United States, which wants to close all world trade on the sea routes, where the strongest and most ubiquitous American fleet reigns. But if Russia and the countries of Eurasia still manage to put the "North-South" on their feet, then it will make these states not only richer, but also more independent in the face of endless Western sanctions.