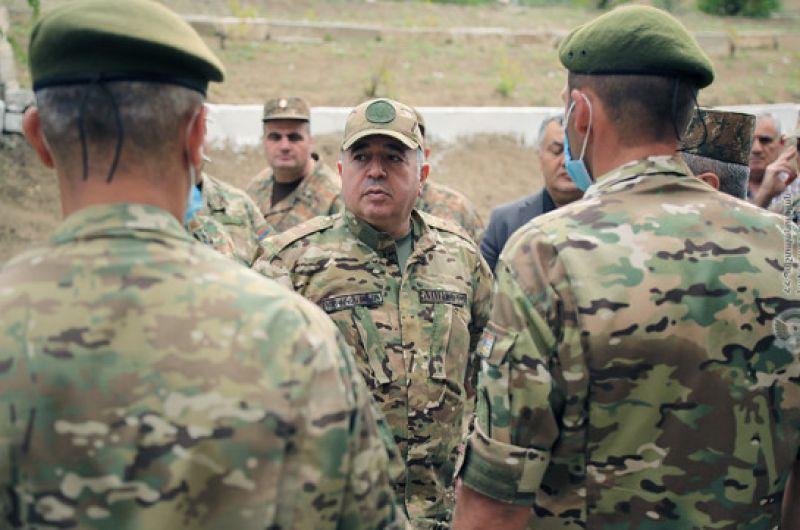 The day before, Karapetyan received CSTO Secretary General Stanislav Zas in Yerevan and expressed him claims of the Armenian side. In particular, he noted that the CSTO did not intervene when "the Azerbaijani armed forces entered the territory of Armenia in May this year."

Apparently, the position of the CSTO has not changed, so Armenia should not expect any military support from this organization. Thus, at a meeting with journalists in Yerevan today, Zas said that " the possibilities of political settlement to the Armenian-Azerbaijani border conflict have not been exhausted, so it is necessary to continue working in the Armenia-Azerbaijan-Russia format to resolve it."

"Naturally, we believe that the incidents you are talking about pose a threat to the security of the Caucasus region, the responsibility of the CSTO and, of course, Armenia as a member of the organization. When it comes to the issue resolution, we believe that the possibilities of a political settlement of this situation have not been exhausted, and in fact this would be the best option for all parties. We expect that the parties will realize this and take the necessary steps to resolve differences through political means," he said.

"We are seriously concerned that clashes have become more frequent and alarming on the border recently. This complicates the implementation of the agreements reached by Armenia, Azerbaijan and Russia on Nagorno-Karabakh and the establishment of regional security," Zas continued.

The CSTO Secretary General did not comment on the recent statement of the Armenian Defense Minister who ordered his military to open fire and kill Azerbaijani soldiers.

The Azerbaijani Defense Ministry made no comment on the issue.