Maritime mayhem in Gulf to have wide-ranging ramifications 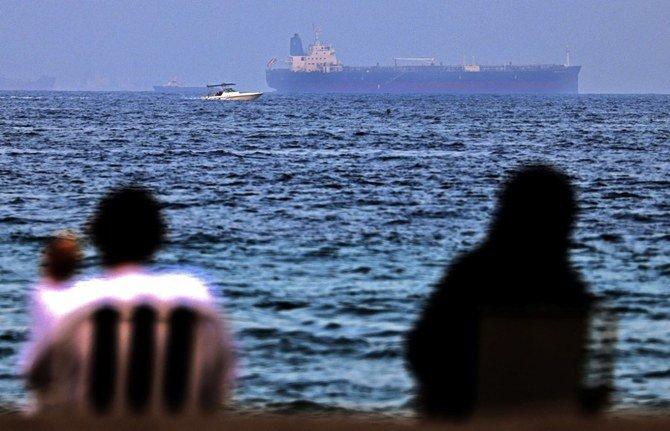 Tensions are mounting between Iran and the West amid multiple maritime incidents in the most sensitive transportation choke point for global energy supplies. As Arab News writes, last week, an oil tanker operated by an Israeli-owned company was attacked by a drone off Oman, killing a Briton and a Romanian. The US, UK and Israel have blamed Iran for the attack — a claim it strongly denies.

Added to this combustible mix is what appears to be a Panama-flagged ship being hijacked by armed men in the Gulf of Oman on Tuesday and reportedly ordered to sail to Iran. The vessel was seized off the coast of the UAE as it neared the Strait of Hormuz, through which about a fifth of the world’s oil, a quarter of its liquefied natural gas, and half a trillion dollars-worth of trade passes every year.

Further incidents cannot be ruled out. To this end, the UK Maritime Trade Operation on Tuesday advised shipping in the Gulf of Oman to exercise extreme caution in the coming days.
This rise in tensions between Tehran and the West — as the clock runs down on nuclear deal negotiations in Vienna — is far from the first time in recent years that Iran has tested the resolve of Western allies. In the summer of 2019, for instance, with a transition of prime ministerial power underway in London, Iran seized a UK-flagged tanker as it headed to Dubai from the Iranian port of Bandar Abbas. The raid came after authorities in Gibraltar seized an Iranian tanker carrying $130 million of crude oil due to suspicions it was breaking EU sanctions by taking the oil to Syria.

With the global economy continuing to be lubricated by oil, despite a growing shift toward cleaner energies, the 2019 attack on the UK-flagged ship caused a spike in the price of Brent crude. To be sure, tankers guided by satellite can be redirected to replace ships in distress, but the oil and wider energy industry is nonetheless worried about the threat hanging over the busy Middle Eastern shipping lanes and the valuable cargo that travels through it.

Even before Tuesday’s apparent hijacking, Western powers were considering their response to last week’s drone attack. US Secretary of State Antony Blinken said that an “appropriate response” would follow, while Israeli Prime Minister Naftali Bennett warned that we “know how to send a message to Iran in our own way.”

What exactly these responses will look like is not yet clear, but it is quite likely that talks are already underway in the West about how best to protect maritime traffic in the region in the coming weeks. In 2019, then-outgoing UK Prime Minister Theresa May initially decided that the best step was to put together a European maritime protection mission to support the safe passage of crew and cargo in the Strait of Hormuz. Within this diplomatic speak lay an important UK decision in favor of Europe’s continued support for the Iran nuclear deal in the face of then-US President Donald Trump’s opposition.

Atlanticist supporters of Boris Johnson, who was about to succeed May at that time, pushed for US involvement in the plans. Ultimately, Johnson included the UK in a US-led naval operation to protect commercial shipping, which also included Saudi Arabia and Australia. However, most European governments declined to participate, fearful of critically undermining the 2015 nuclear accord with Tehran.

A key growing challenge for Europe is that Iran has also indicated its own weakening commitment to the 2015 agreement, despite some reported progress in the talks in Vienna. While new President Ebrahim Raisi has long voiced skepticism of the accord, even his predecessor Hassan Rouhani, who initially backed it, said Tehran would not reverse its decision to increase uranium enrichment beyond the limits set by the deal.

One of the other broader issues in play is the growing alliance between Iran, China and Russia. These three powers have, in recent years, conducted unprecedented trilateral naval drills in key waterways, including the north Indian Ocean and the Gulf of Oman.

Russia and China — also signatories to the 2015 nuclear deal and that favor its continuation — have previously pushed for the creation of a new collective security and cooperation organization in the Arabian Gulf, including proposals for establishing demilitarized zones in the region, rejecting the permanent deployment of non-regional states. This is at the same time as the presence of Russian and Chinese naval vessels in Iranian ports has reportedly increased significantly from time to time.

The recent maritime mayhem in the Middle East could have very wide economic and geopolitical ramifications. While the full scope of Western nations’ various responses to recent incidents is not yet clear, expect enhanced protection of these commercial waterways to be high on the agenda of diplomatic discussions in the coming days.