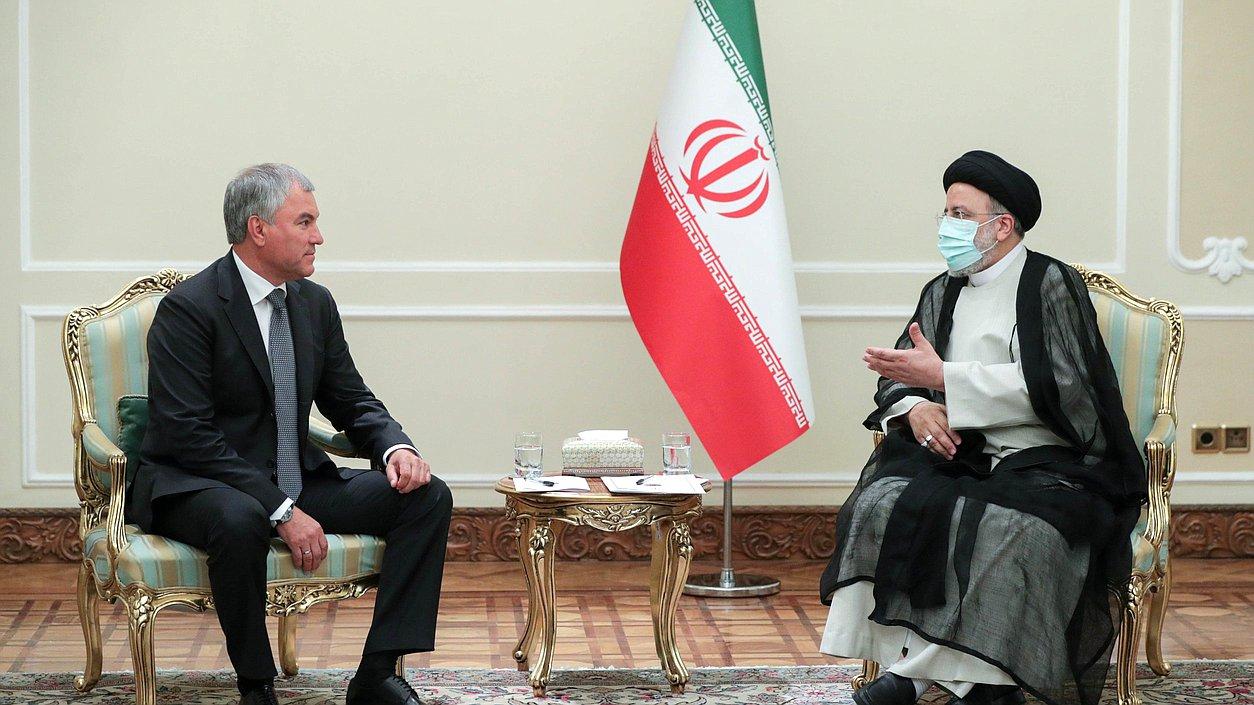 Volodin arrived in the Iranian capital of Tehran on Thursday to attend Raisi’s presidential inauguration.

The Russian parliament speaker pointed out that Moscow placed great importance on boosting ties with Iran. Raisi, in turn, conveyed his thanks to the Russian president.

On July 18, Raisi won Iran’s presidential election, securing about 62% of the vote, with voter turnout at 48.8%. The presidential inauguration ceremony is scheduled to begin at 5:00 pm local time (12:30 pm GMT). About 115 officials representing more than 70 countries are expected to attend the ceremony.