Should revolution reach the Constitutional Court? Armenians will decide on April 5... 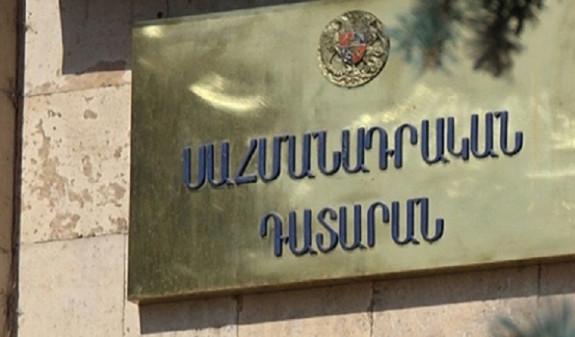 CCBS continues to follow the tensions between the PM Nikol Pashinyan and head of the Constitutional Court Hrayr Tovmasyan in Armenia. Armen Grigoryan, the co-founder and vice president of the Yerevan-based Centre for Policy Studies and fellow at the Eurasia Democratic Security Network shared his views with us concerning the issue.

On 6 February, an extraordinary session of the National Assembly of Armenia approved a referendum on amending the Article 213 of the Constitution. The decision was approved by 88 votes, including the ruling My Step coalition and the only independent MP, Arman Babajanyan. The Bright Armenia faction’s 15 present members voted against, while the 25-member Prosperous Armenia faction did not vote. The latter’s abstention also made it impossible to appeal the decision at the Constitutional Court, as petitions to overrule the parliament’s decision require signatures of one-fifth of 132 MPs. The referendum is scheduled to take place on 5 April; the required participation number is about 26 percent less than the number of votes received by My Step at the snap parliamentary elections in December 2018, and a simple majority of votes in favour would suffice to adopt the proposed amendment.

A popular vote in favour of the proposal would mean suspending the tenure of seven out of nine members of the Constitutional Court.

Contrary to some reports, the referendum is not about ‘eliminating the Constitutional Court’. In case of an approval, new judges must be appointed by the National Assembly, the president and the General Assembly of Judges; the entire process can be completed within few weeks.

The decision to hold the referendum followed some less drastic measures to make the chairman of the Constitutional Court, Hrayr Tovmasyan – a high-ranking member of the former ruling Republican Party of Armenia (RPA) and the principal author of the current constitution adopted by a contested, supposedly fraudulent referendum in 2015 – to retire. Earlier attempts to terminate Tovmasyan’s duty included the parliament’s petition to do so to the Constitutional Court in October 2019 (adopted by 98 MP’s votes in favour, but then rejected by the court), and a law offering large pensions for the court members who would retire voluntarily, adopted in December 2019. Apparently, Tovmasyan had purposefully drafted the constitution in a peculiar way that would, in addition to perpetuating the hold on power by the RPA and its leader, then-president Serzh Sargsyan (unexpectedly ousted by a massive civil disobedience campaign – the ‘Velvet Revolution’ – in April 2018), allow Tovmasyan himself to serve on the court until 2035: while Article 166 of the Constitution allows judges to serve only one 12-year term on the Constitutional Court, the Article 213 put the seven court members appointed before April 2018 – the time of transition to the current constitution – in a privileged position, allowing to serve until turning 65 years old. There have also been speculations that Tovmasyan’s inclination to grant immunity to former president Robert Kocharyan, who is currently on trial for usurping the power, could have stimulated the determination to send him into retirement. Tovmasyan might also be not impartial in case of prosecution of another former president, Serzh Sargsyan, who is currently charged with embezzlement.

As regards the political forces’ expected position on the referendum issue, Bright Armenia’s attitude so far seems half-hearted, and may perhaps turn in favour of absenteeism instead of leading the ‘No’ campaign, even though their vote against the decision to hold the referendum supposes involvement in campaigning. The forces fervently opposed to the proposed solution may likely include the RPA, its erstwhile ally Armenian Revolutionary Federation Dashnaktsutyun and their proxies, whose post-revolution rhetoric has been focused on promotion of pro-authoritarian, sexist or otherwise anti-liberal notions, accusations that Nikol Pashinyan’s government would ‘sell Karabakh’, i.e. make unilateral concessions in the negotiations, promotion of conspiracy theories, and so forth. While those forces have not been very popular in the post-revolution period, and could only gather few dozens of participants at their public actions, the disproportionate coverage of their agenda by the majority of media – still controlled by proxy by Robert Kocharyan and Serzh Sargsyan’s son-in-law Mikael Minasyan – may at some point enable them to fulfil their goal of creating a tense public mood and perhaps even provoking violence.

On the other side, the ‘Yes’ campaign seems to be revitalising the support for Pashinyan’s government by other non-parliamentary parties, civil society institutions and other actors who supported the revolution, even though a number of those have been critical of the government during the last year because of the seeming unwillingness to adopt a more radical approach towards reforms. There were expectations that the National Assembly and the government would have condemned the past state capture by the RPA and its allies, would swiftly implement transitional justice, a reform of the judiciary, adopt a new election code and a law on political parties, and, ultimately, initiate adoption of a new constitution which would reduce prime minister’s powers and introduce a better system of checks and balances. While such expectations have not been fulfilled yet, the supporters of the ‘Velvet Revolution’ would naturally support Pashinyan’s current agenda rather than risk allowing Pashinyan’s opponents to destabilise the situation.

However, while Pashinyan and members of his cabinet and My Step parliamentary faction may now take civil society’s support for granted, they probably have to make their minds up and amend the policies as regards more decisive, coherent and consistent reform performance, especially if they win popular support at the planned referendum. The postponement of the constitutional and judiciary reforms for a year after the parliamentary elections does not seem logical, as the unprecedented level of popular mobilisation in the immediate wake of the revolution and the following snap elections would have allowed implementing such reforms with less significant risks than now, when some less popular, even though careful, reforms in the economic and social spheres may have disappointed a part of voters. Though it may be noted that, according to a poll conducted by the International Republican Institute in September and October 2019, 70 percent of the respondents were optimistic about the country’s future, and 82 percent considered judicial reform a priority, it is always wise to remember that the ‘window of opportunity’ will not last indefinitely.

A new management model will be in liberated lands - I. Aliyev

Armenia health minister to be sacked

Erdogan: Talks with Russia on 2nd batch of S-400s continue as planned