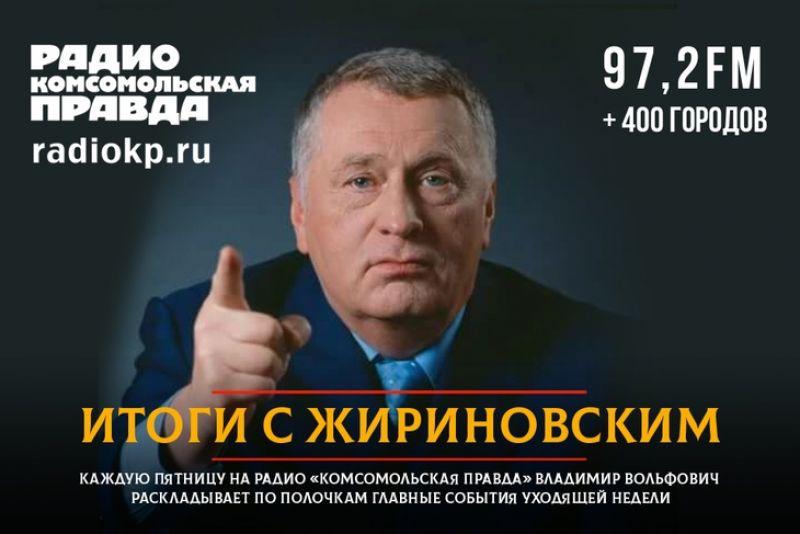 On August 1, the Charge d'Affaires of the Russian Federation to Azerbaijan was invited to the country's Foreign Ministry.

The Azerbaijani side expressed serious concern and protest in connection with the insulting and biased statements against the Azerbaijani statehood and the country's leadership, voiced by the chair of the Liberal Democratic Party of Russia, Russian State Duma deputy Vladimir Zhirinovsky on July 30, on the radio “Komsomolskaya Pravda”, the message of the Azerbaijani Foreign Ministry

Such behavior of the Russian parliamentarian is unethical and does not correspond to the spirit of strategic partnership between the two states. During the meeting, the unacceptability of voicing such irresponsible and provocative statements designed to damage bilateral relations was emphasized.

In this regard, a note of the Azerbaijani Foreign Ministry was presented to the Russian side, the press release emphasized.

On the air of "Komsomolskaya Pravda" Zhirinovsky, answering the question about the participation of the Russian military in the settlement of the conflict between Azerbaijan and Russia, said, "The South Caucasus is our zone of influence."

“We do not go there with the war, the Armenians ask, but so that Russian soldiers do not die, we call the dear leader of Azerbaijan and say one-on-one: Ilham, your father, Heydar Aliyev, was a great and wise man. Wonderful, I knew him. Therefore, Ilham, you will have the territory you want, but no one has a right to look at Russian soldier askance! You understand me? And he understands perfectly well that he will lose his post, there is a dictatorship there, there are full of opposition forces there. If Biden wants to, he will be overthrown there within two weeks. And only we can save him, as we saved Pashinyan. ”