Cheap and combat-tested: the growing market for Turkish drones 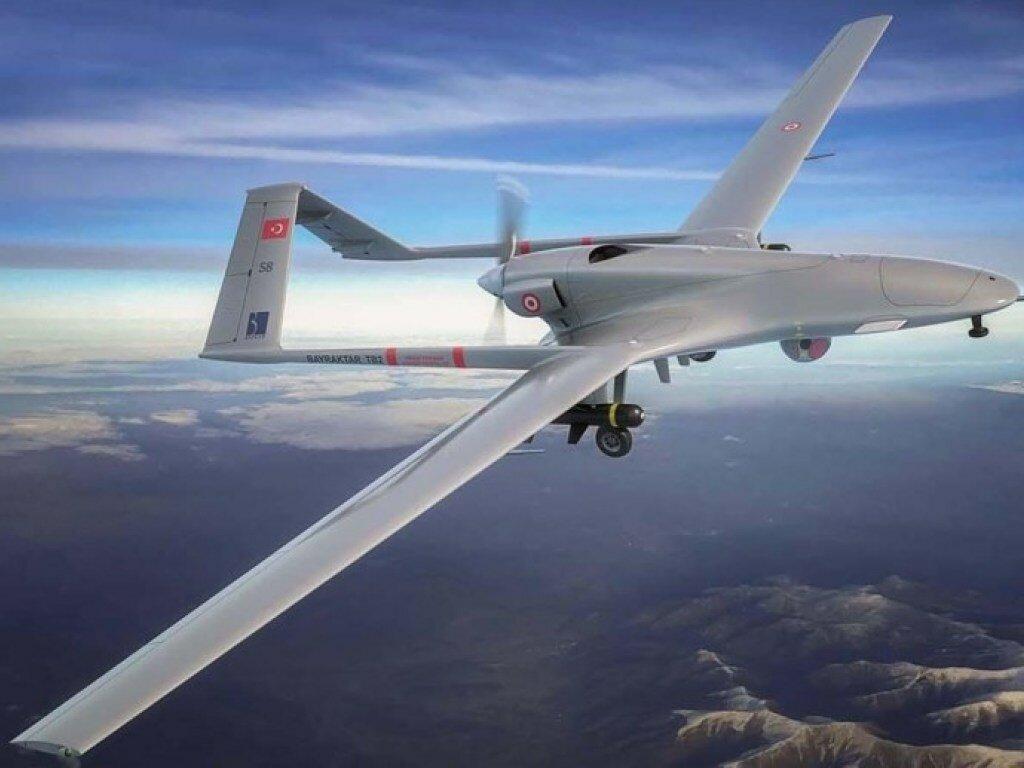 After several successive and well-publicized victories over numerous battlefields last year, Turkey’s locally-built Bayraktar TB2 armed drones have gained several new export customers in 2021, with Ankara even exporting its drones to Europe for the first time, author Paul Iddon writes for Forbes. Poland has become the first NATO member country to place an order for Turkish drones. It has ordered 24 TB2s armed with anti-tank missiles. Polish Defence Minister Mariusz Blaszczak said that these drones “have proven themselves in war.”

Ukraine has also bought TB2s for its navy to patrol the Black Sea. The TB2 is “the only major new warplane” that Kyiv has acquired in 30 years, a fact that underscores the significance of the sale for both countries.  Other European countries are expressing their interest in potentially buying the drone or other upcoming drones built in Turkey. Shortly after Poland’s purchase Latvia, another member of NATO, suggested that it too may be interested in procuring Turkish drones. Albania has also set aside about $9.7 million to purchase Turkish drones.

This growing interest in Turkish drones comes after their publicized successes over three active war zones in 2020.

In February of that year, Turkish military TB2s devastated Syrian military and militia ground forces in the northwestern province of Idlib during clashes using its precision-guided smart micro-munitions.

Turkish military TB2s deployed in Libya also played a key role in enabling Turkey’s ally, the Government of National Accord (GNA) in the capital Tripoli, to repel a siege by the eastern-based Libyan National Army (LNA) and launch a counteroffensive. Those drones also successfully destroyed Russian-built Pantsir-S1 air defense systems in the LNA’s possession.

Then, in the Nagorno-Karabakh war, fought from Sep. 27 to Nov. 10, TB2s in the Azerbaijani military devastated Armenian ground forces.

While TB2s suffered losses in all three war zones, their operators could afford significant rates of attrition given the relatively cheap cost of the drones compared to others on the market.

That critical point was raised by Britain’s Secretary of Defense Ben Wallace. “The TB2 and its accompanying munitions combine technical abilities with an affordability that means their commanders can tolerate some attrition while presenting real challenges to the enemy,” he said.

Cost is undoubtedly a significant factor that will likely attract more customers for Turkish drones. Ismail Demir, head of Turkey’s Defence Industry Presidency (SSB), emphasized the TB2’s low cost.  “If a system from any other country had the same capability as ours, its (price) would be double,” he said.

Demir may not have been exaggerating. As the Guardian newspaper pointed out in December, a TB2 costs on average between $1-2 million per unit, which is “far less than the near $20m per drone paid by the British military for a fleet of 16 high-end, next-generation Protector drones manufactured by U.S. specialist General Atomics.

While Turkey hopes that the “high profile successes” of its drones in combat and their low cost will make it a “premier exporter” of such weapons, it still has a way to go to achieve that designation, given the tough competition. According to Bloomberg, Ankara remains a “minor player” in the international market for these unmanned combat aerial vehicles compared to the U.S., China, and Israel, the latter of which is presently the number one exporter of drones in the world and builds more sophisticated drones than Turkey.

Until recently, the U.S. didn’t sell its armed drones to most countries, aside from some close allies. That has begun to change. Under the Trump administration, Washington reinterpreted the Missile Technology Control Regime (MTCR), which seeks to limit the proliferation of armed drones. It did so partially out of frustration that rival arms exporters, such as China, managed to carve out a sizable export market for its armed drones, even selling to U.S. allies such as the United Arab Emirates.

The incumbent Biden administration hasn’t reversed this decision. The U.S. has already signed a lucrative deal to sell the UAE 18 MQ-9 Reaper drones as part of a larger multi-billion dollar arms package. In the near future, Washington could also sell its sophisticated armed drones to an increasing number of countries. Nevertheless, Turkey will likely prove capable of carving out a sizable export market for its drones by continually promoting their affordability and combat successes, especially to country’s that cannot afford more high-end drones but recognize the growing importance of these weapons systems in modern wars.