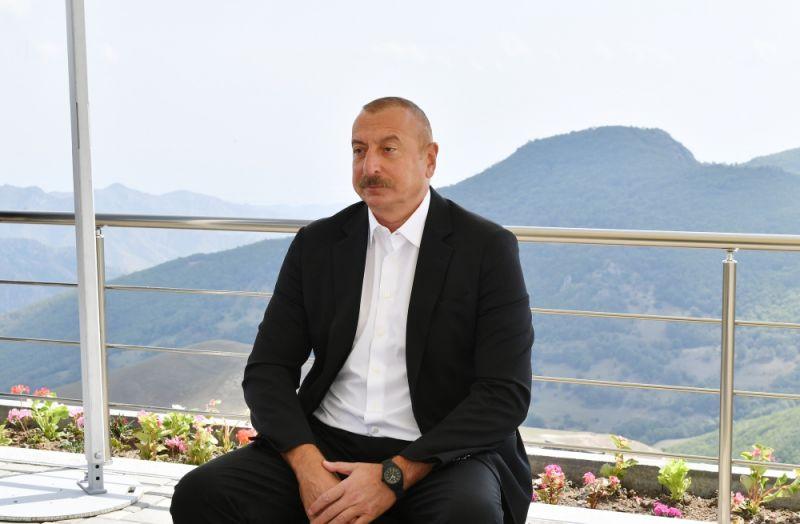 Positions of Baku and Moscow over Karabakh coincide, Azerbaijan and Russia consider the Karabakh conflict to be over. That was stated by President Ilham Aliyev on July 22 in an interview with AzTV state television.

It should be added that Aliyev discussed the situation in the region on July 20 during a visit to Moscow with Russian President Vladimir Putin.

"We discussed the post-war situation in the region, including the Zangezur corridor and the post-conflict period. There is no dispute between us on the issue," Aliyev stressed.

According to him, Russia and Azerbaijan are in agreement that "the war is over and the conflict is over."

Aliyev emphasized the inadmissibility of revanchism manifestations in Armenia and the need to minimize the risks of war.

"As for the Zangezur corridor, I informed Mr. Putin that Armenia is again insincere on the issue. At a press conference with Mr. Charles Michel (President of the EU Council), I stated that all communications in the region should be opened simultaneously and no selective approach should be applied in the matter. But we see that Armenia once again wants to play some kind of game here," the Azerbaijani president noted According to him, the Zangezur corridor should be opened as set forth in Paragraph 9 of the trilateral agreement of November 10, 2020.

At the same time, he stressed that since June, Armenia has actually suspended activities of the trilateral working group at the level of deputy Prime Ministers on opening communications in the region.

Touching upon the bilateral relations with the Russian Federation, Aliyev called Azerbaijan and Russia "strategic partners". "We are maintaining strong friendly ties and personally I have very close relations with Mr. Putin, we are politicians who trust each other," Aliyev said.