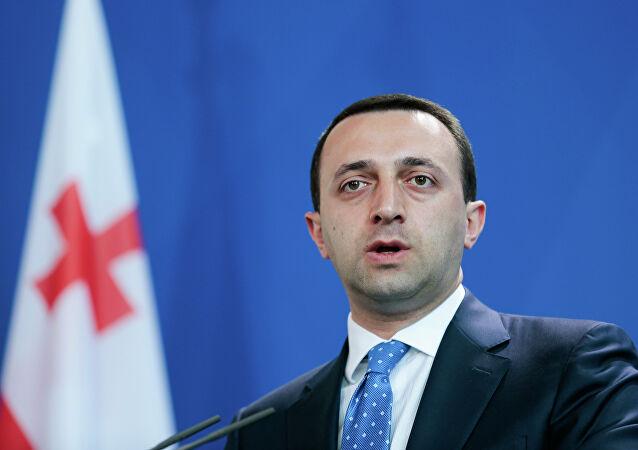 During a parliamentary session, Georgian Prime Minister Irakli Garibashvili told that all recent protests in Tbilisi were the result of an "anti-state conspiracy". This was reported by Civil.ge.

"This is another unsuccessful conspiracy against the state planned by anti-state and anti-church forces,” Georgian Prime Minister said. He mentioned the protest of thousands on July 11 in response to the death of TV Pirveli cameraman, Aleksandre Lashkarava, some week after being brutally assaulted by far-right groups.

“We all saw they tried to use this man’s tragedy for achieving their political goals,” Garibashvili claimed, adding that, there were “classic anti-state, anti-Church and thus, anti-national” messages voiced during the rally. One of the key demand of the protesters was the resignation of the Georgian PM, a call he has left unaddressed.

The prime minister also blamed ex-president Mikheil Saakashvili for all the protests: "All this was done to create chaos, destabilization and civil strife in Georgia, through which Saakashvili and his supporters tried to come to power." According to Garibashvili, Saakashvili and the organizations connected to him are involved both in announcing the march of the LGBT community on July 5 in the center of Tbilisi and in mobilizing opponents of this community.

As it was reported earlier, on July 5, Tbilisi pride was canceled because of protests. Police have detained about 100 offenders, and a local court has already ordered precautionary measures against three citizens accused of violence.