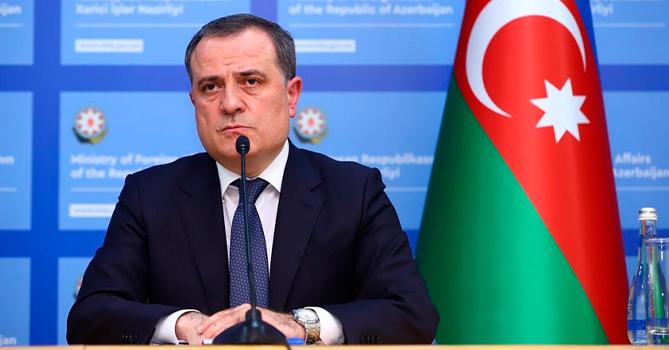 Thirty years after the liberation of its territories, Azerbaijan is currently equipping the infrastructure of border control along the state border with Armenia, stated the Foreign Minister Jeyhun Bayramov at the 43rd meeting of the Council of Foreign Ministers of the countries-organization of the Black Sea Economic Cooperation (BSEC).

“We offer Armenia to start bilateral negotiations on border delimitation and demarcation. Azerbaijan expects a positive response from Armenia,” Bayramov said. He stressed that Armenia should provide maps of mined territories.

The Azerbaijani minister noted that the settlement of the conflict also opens up new prospects for regional cooperation, development and progress. He also touched upon the issue of opening the Zangezur corridor.

“The joint statement of November 10, 2020 was supplemented by the Azerbaijan-Russia-Armenia trilateral statement of January 11, 2021, which provides for the opening of communications in the region. The implementation of these measures will significantly change the landscape of an important part of the BSEC region - the South Caucasus. The Zangezur corridor will connect the exclave of Nakhchivan, which has been besieged for almost thirty years, with the rest of Azerbaijan, and will provide a new link between Azerbaijan and Turkey.

The restoration of communications is a win-win situation for the entire region, which will increase the importance of the broader geography of the Black Sea,” Bayramov said.

He expressed the hope that the international community, including the BSEC, will make every effort to implement the new vision of peace, security and cooperation created after the end of the armed conflict.