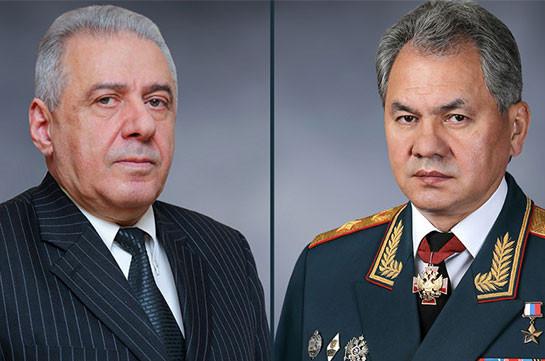 The heads of defense agencies of the two countries discussed the ways of solution of the situation created on the Armenian-Azerbaijani border.

Vagharshak Harutyunyan noted that the position of the Armenian side is unchanged – the representatives of the Azerbaijani armed forces must leave the sovereign territory of Armenia without any preconditions.

The interlocutors also discussed the issue of deployment of the Russian border guards in the Armenian-Azerbaijani border sectors in Armenia’s Syunik and Gegharkunik provinces together with Armenian Armed Forces.

The two also referred to the course of the mission carried out by Russian peacekeepers in Artsakh Republic, to the Armenian-Russian cooperation in the defense sector.