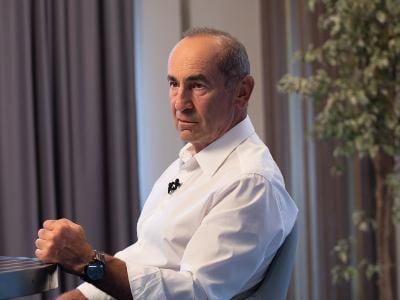 The new US administration is currently developing its approaches to this region. Robert Kocharyan—second President of Armenia, leader of “Armenia” bloc which is running in the snap parliamentary elections set for June 20, candidate of the bloc for Prime Minister—said this in an interview with Russian media outlets today, responding to the question about expectations from Erdogan’s meetings with Biden and Aliyev and the threats that those meetings pose to Armenia. How seriously can Turkey strengthen its military and economic presence in Azerbaijan and Nagorno-Karabakh? Will the new US administration help Yerevan and not use it to push Russia out of the region? In response, Kocharyan said the following:

“I can only assume since I don’t have complete information. I believe the new US administration is currently developing its approaches to this region. Of course, geopolitical interests are clashing here. I believe the US is on the brink of a radical review of its position on the region, taking into consideration Biden’s conceptual approaches to the country’s global leadership. Overall, I suppose the US will have a large presence here, to a certain extent,” Kocharyan stated.

Asked how resistance can be shown, Kocharyan said the following: “We see Greece, France, Cyprus and Egypt showing resistance. I believe Russia can play an active role, and, in my opinion, China is concerned about this. Russia has decided to participate in those formats, taking into consideration the fact that there is a rather large number of Turkish-speaking citizens in Russia. We all see this. This is a process that will last a long time,” Kocharyan concluded.

A new era in Turkey-UAE ties

What to expect from Putin-Biden winter talks?