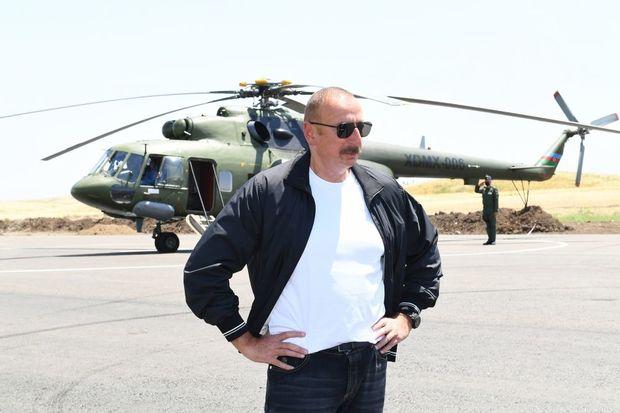 Prior to the visit of the Turkish President Rajib Tayyib Erdogan to Shusha, the head of Azerbaijan, Ilham Aliyev, arrived in Shusha.

He took part in laying the foundation of a tunnel in the territory of the village of Dashalty, which will be built on the section of the highway to Shusha.

It should be reminded that Erdogan's arrival in Shusha is expected on June 15.