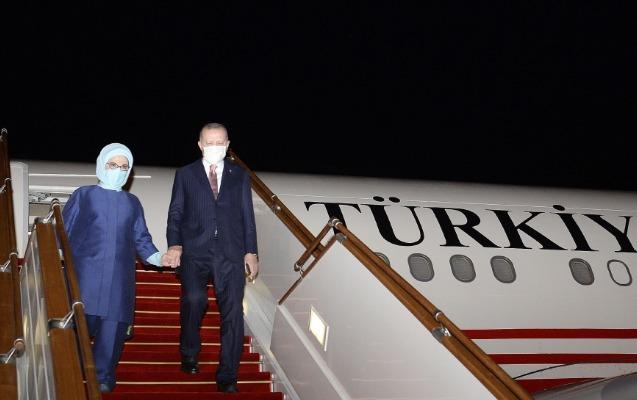 A guard of honor was lined up in honor of the distinguished guest at the Heydar Aliyev International Airport, where the state flags of the two countries were flying.

The Turkish leader and his wife Emine Erdogan were welcomed at the airport by the First Deputy Prime Minister of Azerbaijan Yagub Eyyubov, Deputy Foreign Minister Khalaf Khalafov, and other officials.

The Turkish President will first visit the city of Fizuli. As part of his official visit, Erdogan will travel to Shusha, which was liberated from Armenian occupation, where he will be welcomed with an official ceremony by Azerbaijani President Ilham Aliyev. After a private meeting, Erdogan and Aliyev will attend a signing ceremony, hold a joint press conference and take a tour of the city.