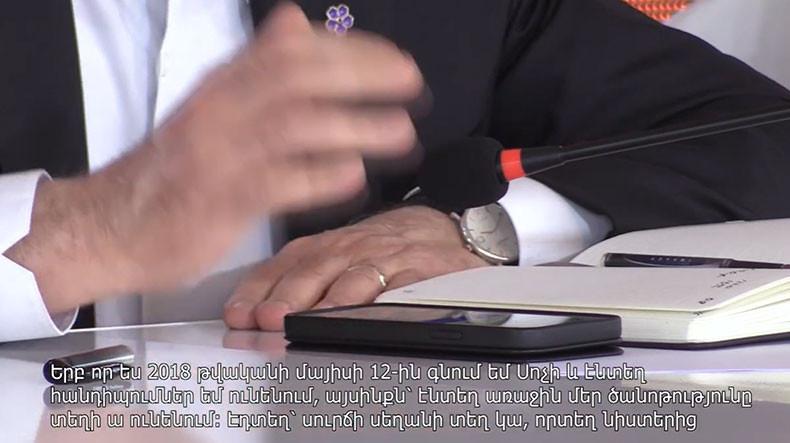 Armenia's third president Serzh Sargsyan has published an audio recording of Pashinyan speaking at one of the meetings, and confessing that he had often pretended to be insane during meetings with Putin, Nazarbayev and Lukashenko and thus  disrupted the pro-Armenian settlement of the Artsakh issue.

Serzh Sargsyan had announced his intention to publish the recording on Tuesday in response to Pashinyan's threats to come up with evidence about Sargsyan's alleged involvement in corruption and other crimes. Sargsyan then gave 24 hours to present the facts about the claims, otherwise promising to publish the scandalous recording.

At a meeting in Gegharkunik province on Wednesday, Sargsyan said that Pashinyan presented no fact thus as promised he would publish the recording.