As hatred festers, some Armenians and Azerbaijanis fight for friendship 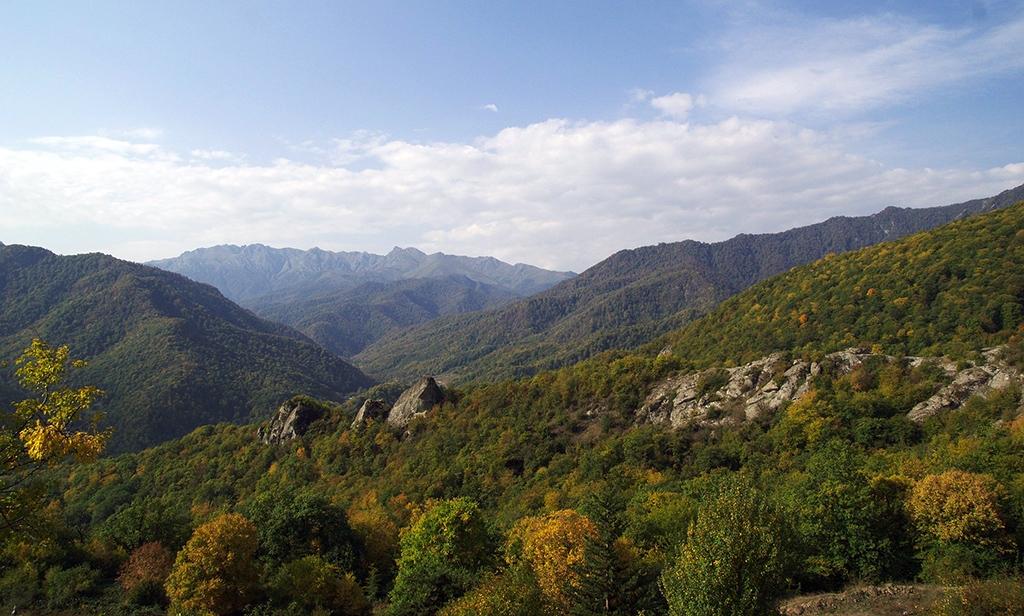 After the war, a number of new grassroots initiatives have emerged bringing together Armenians and Azerbaijanis who want to try to build, or rebuild, ties. Post-War Report.

In the months following last year’s war, hatred between Armenians and Azerbaijanis has only grown. Interethnic friendships have been severed, former liberals have turned nationalist and Caucasus social media has become a wasteland of insults and racism.

But in this toxic environment, some Armenians and Azerbaijanis are fighting back. A handful of new social media initiatives have emerged allowing people from both sides to talk to one another with the goal of dialogue and understanding rather than winning arguments.

“During the war I ‘met’ Azerbaijanis on social media for the first time and I realized that I don’t know anything about these people, I was just automatically afraid of them,” said Anahit Baghdasaryan, a 30-year-old tour guide in Dzoraghbyur, just outside Yerevan. “Then, obviously, it was impossible to have conversations.”

But after the war she got more curious about the Azerbaijani perspective, and a friend invited her to a closed Facebook group, Kavkazskiy Perekrestok (Russian for “Caucasus Crossroads”). Created in January, it now has more than 1,000 members and features multiple posts a day ranging from serious discussions about the conflict to self-deprecating memes and simply pretty pictures from Baku and Yerevan, which gather dozens of likes from users of both nationalities.

“I immediately jumped at the chance” to join the group, Baghdasaryan told Eurasianet. “Every day the group has more and more people, and the tone is more and more calm and friendly. This group is a break from the rest of Facebook, where it’s only hate and insults.”

The friendly tone isn’t a given. The group has eight moderators, evenly distributed between Armenians and Azerbaijanis, and there is a long list of rules. Members can only invite people “whom you know personally and whose peaceful approach is certain.” Users are required not to quibble about place names or flags in profile photos: “There was just a war, and people support ‘their’ side. This is normal.” Comments are required to be respectful, and avoid “insults, vulgarity, personal attacks, and stoking nationalism.”

Facebook even shut down an earlier version of the group because comments got out of control. The earlier group also was the subject of a hit piece on Sputnik Armenia that accused its Armenian participants of being too solicitous toward Azerbaijanis. But a new group of organizers and moderators reformed it.

“It’s not easy to make sure all the rules are being followed in such a complex group and at the same time remain impartial,” the moderators said in a joint response to written questions from Eurasianet. “People get tired and burnt out” and new moderators regularly replace them.

The efforts have paid off, though.

“This group is the only place on the social networks where both Armenians and Azerbaijanis can free themselves from any prejudices towards each other,” said another active user, Elchin Karimov, a 32-year-old Azerbaijani now living in Canada and working as a business consultant. He joined because he is “tired of this conflict, of this hatred towards Armenians and their hatred towards my people,” he told Eurasianet.

“After the war, I finally overcame any last prejudices toward our neighbor and seeing Armenians craving peace and friendship made me believe even more that our two nations are 99 percent the same,” Karimov said. “I hope my children, who are born abroad, will witness this peace as I am trying to raise them without hate or prejudice towards anyone – something that no one taught me in school and I still have to learn myself.”

A meme about Kavkazskiy Perekrestok

There are few illusions about the group contributing to a broader peace between the two sides; users instead describe it as therapeutic for them personally. Sergey Harutyunyan, a 55-year-old living in Yerevan, said the group allows him “to maintain a grain of optimism – outside this group is so hateful that it wears down any decent person.”

Another new initiative, Bright Garden Voices, also was launched in January and also is run by a mixed group of volunteers. They have put on a series of Zoom discussions, also broadcast on YouTube, featuring young scholars and activists from each side of the conflict. While the topics are serious, the organizers strive to orient them more to “regular citizens” than the usual think tank events that have proliferated since the war.

Those events “were interesting to watch for those who wanted to learn more about the Nagorno-Karabakh conflict, but at some point we noticed that it was always academics, many times the same people, talking about the same stuff with a very political focus, and also, mostly men,” the organizers said in a joint response to written questions from Eurasianet. “What about the regular citizens? What about other aspects of the conflict other than the war, Putin, Erdogan, and whoever? What about women?”

The three main organizers – an Argentinian, an Armenian-American, and an Azerbaijani – first “met” one another on Twitter. (Twitter, too, has seen the emergence of a handful of new accounts amplifying cross-cultural understanding, including Karabakh Voices and Armeno-Azerbaijani Transformation.)

But for the most part, they said, “the conversations [on Twitter] would quickly be taken over by fanatics and one wrong word would derail the whole discussion. We figured that it was necessary to create a safe space for discussion where alternative voices could be heard.”

The series started gently, with an English teacher from Baku and an Armenian graduate student simply talking about how it is to be non-nationalist in their respective societies. But it has since taken on more sensitive issues, like national identity, the status of women in the Caucasus, and the fates of those displaced from their homes in the first conflict 30 years ago.

“We’re not really trying to start debates but rather creating the atmosphere for everyone to really listen to what the other has to say and to try to understand their positions and opinions,” the moderators said. “Bright Garden is intended as a platform for regular people to re-engage with and listen to each other.”

The grassroots origin of these new projects stands in contrast to the countless NGO-run peacebuilding projects that brought together Armenians and Azerbaijanis before the war in an attempt to reduce distrust between the two societies. Those efforts have become a common punching bag since the war broke out, as many former participants’ ostensible interest in peace was quickly revealed to be superficial and insincere.

“The liberal NGO model is not flexible enough for bringing together voices in a constructive way,” said Leon Aslanov, a UK-based scholar and activist who works on the Caucasus. “It’s a bureaucratic process and it doesn’t yield any results. People met at workshops once in a while [and then] during the war 95 percent of them went back to the nationalist discourse of their respective society.”

Aslanov is a founder of another new initiative, Caucasus Talks, which was created shortly before war broke out last year, in June. It was originally intended as a sort of Caucasus annex of a left-wing European movement, DiEM25, and not to specifically deal with the conflict. “But we were forced into it because of the events,” Aslanov told Eurasianet.

During the war Caucasus Talks organized a petition calling for peace that became the source of controversy, especially in Azerbaijan. Since then it has produced an eclectic range of output including podcasts, YouTube discussions and a series of interviews with anonymous people on both sides about their personal encounters with the other. “We’re trying to make this a more organic, open space for discussion,” Aslanov said.

That grassroots theme is one emphasized by all the new initiatives. “Don’t forget, we aren’t politicians or historians. We are people who want peаce,” the mission statement of Kavkazskiy Perekrestok explains. “So, leave history to the historians and politics to the politicians. We are just going to talk like normal people.”

Joshua Kucera is the Turkey/Caucasus editor at Eurasianet, and author of The Bug Pit.