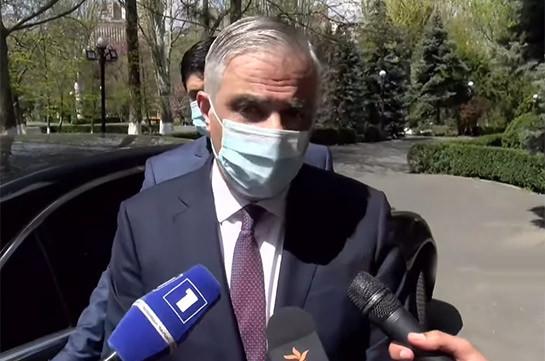 Armenia’s Vice Prime Minister Mher Grigoryan referring to Baku’s statement on returning to Zangezur corridor said discussion of issue of corridor during his works is excluded.

“Indeed, the word corridor is used as transport direction, but I stress exactly in this regard that no such issue even as transport direction will be discussed. We are discussing directions the legal regulations of which will be implemented on the legal basis CIS countries’ organizations, international agreements and conventions Armenia has joined,” Grigoryan said.

He stressed discussions in any other format will not be held on that platform.