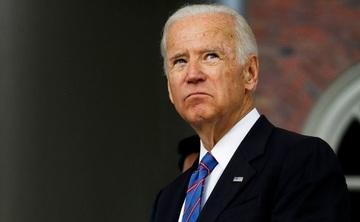 U.S. President Joe Biden delivered remarks on the U.S. policy towards Russia in the White House on Thursday.

In the first place, he has characterized his recent conversation with Russian leader Vladimir Putin as "candid and respectful."

The United States is not intending to kick off more tensions in the relations with Russia, however, it stands ready to impose more sanctions against Moscow, U.S. President added.

"The United States is not looking to kick off a cycle of escalation and conflict with Russia. We want a stable and predictable relationship. If Russia continues to interfere with our democracy, I am prepared to take more action to respond," he noted.

Speaking about the anti-Russian sanctions imposed Thursday, the White House occupant underlined, "I was clear with President Putin that we could have gone further. But I chose not to do so, I chose to be proportionate.

Biden has also called on his Russian counterpart Vladimir Putin to respond proportionately to the newest package of sanctions imposed by Washington against Moscow. "I urged him to respond appropriately and not to exceed it because we can move as well," Biden acknowledged when speaking about his recent phone call with Putin and the latest sanctions.

At the same time, the U.S. leader in fact voiced hope that Moscow and Washington can be able to leave this episode behind after exchanging restrictions and will make an attempt to stabilize the bilateral relations. "My hope and expectation is we will be able to work out a modus vivendi. But it’s important that we have direct talks and we continue to be in contact," the president stressed.

Biden said that the U.S. administration is still reviewing possibly introducing sanctions against Nord Stream 2, however, it also recognizes that it is a complicated issue and concedes that it affects interests of Washington’s allies in Europe.

"Russia and Americans are both proud and patriotic people.  And I believe the Russian people, like the American people, are invested in peaceful and a secure future of our world.," he pointed out. According to him, Russia and the U.S. can address critical global challenges that require them to work together, including reining in nuclear threats from Iran and North Korea, ending this pandemic globally, and meeting the existential crisis of climate change.

"Nord Stream 2 is a complicated issue affecting our allies in Europe," he said. At the same time, he recalled that he had been "opposed to Nord Stream 2 for a long time." "But that’s still an issue that is in play," he added.

Biden has revealed that he suggested holding a meeting this summer in Europe to his Russian counterpart.

"When I spoke to President Putin, I expressed my belief that communication between the two of us personally and directly was to be essential in moving forward to a more effective relationship. He agreed on that point," he said. "To that end, I proposed that we meet in person this summer in Europe for a summit to address a range of issues facing both of our countries."

According to him, "our teams are discussing this possibility right now." The White House occupant also proposed launching a dialogue on issues of strategic stability in the framework of the possible highest-level meeting with Russia.

"And if that summit were to occur and I believe it will, the United States and Russia could launch a strategic stability dialogue to pursue cooperation in arms control and security," he stressed. "We can address critical global challenges that require Russia and the United States to work together, including reining in nuclear threats from Iran and North Korea, ending this pandemic globally and meeting the existential crisis of climate change."