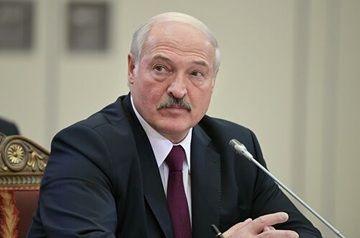 Belarus sincerely welcomes the agreement on a complete cessation of hostilities in the Nagorno-Karabakh conflict zone, Belarusian President Aleksandr Lukashenko told the media after the talks with Azerbaijani President Ilham Aliyev, BelTA reported.

"We sincerely welcome the agreement on a complete cessation of hostilities in the Nagorno-Karabakh conflict zone. This is an important political decision which should pave the way for lasting peace in the region," Aleksandr Lukashenko said.

The head of state noted that his position is known both in Azerbaijan and in Armenia.

"God willing the souls and hearts of the Armenian and Azerbaijani peoples will heal over this tragedy. I am convinced that there will be no revenge, no settling of scores on the part of my friend and brother," the president said.

Ilham Aliyev, for his part, said that Azerbaijan seeks to build confidence in the relations with Armenia. "We expect that Belarus, our friend, a time-tested partner, will take an active part in the reconstruction effort. As a partner of Armenia, a member of the EAEU and the CSTO together with Armenia, and as a country that is a close friend of Azerbaijan, Belarus can also play an important role in establishing contacts between Armenia and Azerbaijan," he added.