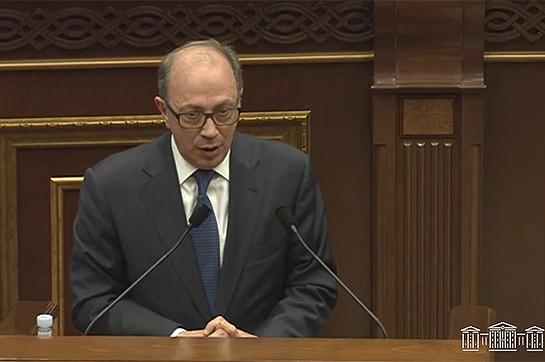 Armenia has never avoided meetings with Azerbaijani representatives but for it we need corresponding conditions, establishment of atmosphere of trust and clear agenda.

This was stated by Armenia’s foreign minister Ara Ayvazian at the NA today.

He said with its military, anti-Armenian statements and position Azerbaijan impedes the formation of such atmosphere.

“Armenia’s principle position is that Karabakh conflict may be considered finally resolved only in political way, through negotiations with the consideration of rights of all the parties and based on determination of the status of Nagorno Karabakh,” Aivazian said.

The minister also said that Yerevan is ready to host OSCE Minsk Group co-chairs in the sidelines of established practice of regional visits.