The 'Pivot to Asia' in Joe Biden style 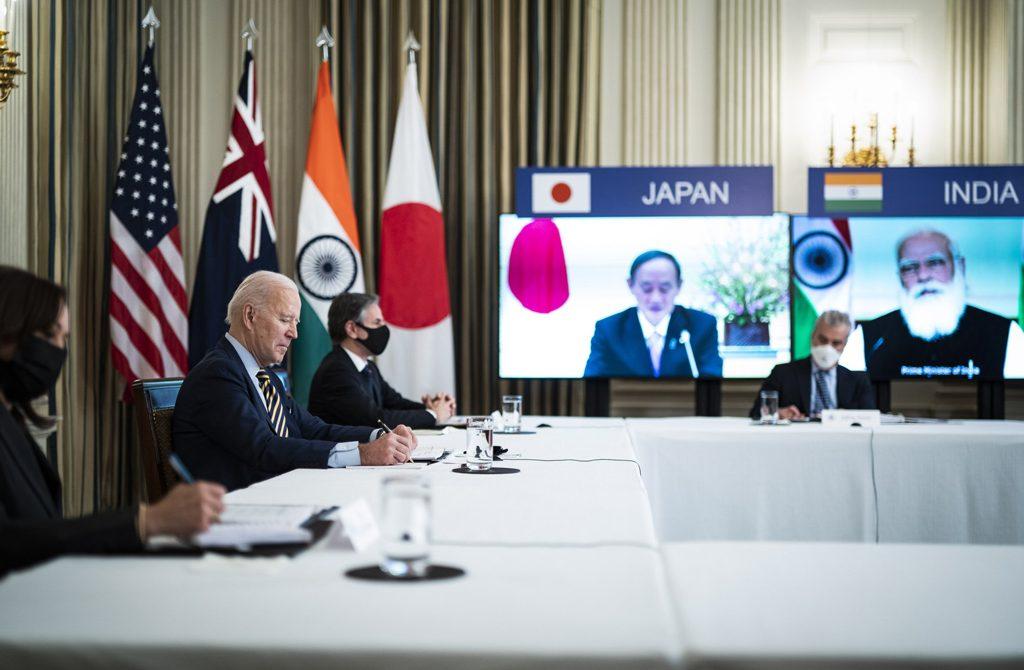 For almost two decades now, there have been debates about a conflict between China and the U.S. People from different fields, including hawkish foreign policy experts, realist international relations scholars and some journalists, have written about this “eventuality.” During the Barack Obama administration, then U.S. Secretary of State Hillary Clinton’s article in the Foreign Policy magazine was considered a major announcement of a new policy of “Asia Pivot.” The name of the policy later changed to “rebalancing” and, soon after Donald Trump's presidential inauguration, he found a new term for the rivalry, namely “trade war.” There were a lot of questions about the Joe Biden administration’s policy toward China. In the last one week, it became obvious that it will be as hawkish as Trump’s approach.

Daily Sabah reports that last week, Biden gathered a Quadrilateral Security Dialogue (Quad) summit, the first time ever, with the leaders of India, Japan and Australia. Although China was not mentioned in the joint statement, the high-level meeting was interpreted as the Biden administration’s willingness to shift the focus toward Asia and confront China in the region.

In the immediate aftermath of this summit, U.S. Secretary of State Antony Blinken and Defense Secretary Lloyd Austin made their first trip to Japan and met with their counterparts in Tokyo. The joint statement that was released following their two-day meetings was rather an unusual one. Unlike previous joint statements from the U.S.-Japan Security Consultative Committee meetings, this time in two pages, China was mentioned in multiple instances.

The statement called China a political, economic, military and technological challenge to the U.S.-Japan alliance and criticized China’s foreign policy in the region, including its policies in the South China Sea, East China Sea, Hong Kong and the Uyghur issue.

This time, without mentioning China, the statement emphasized that both the U.S. and the Republic of Korea oppose “all activities that undermine and destabilize the rules-based international order.”

The busy Asia schedule of U.S. top diplomats and national security officials did not end with this. Following South Korea, Austin went to India for a three-day trip, while Blinken went to Alaska to meet with his Chinese counterpart. U.S. National Security Advisor Jake Sullivan also attended his first high-level in-person summit in Alaska with his Chinese counterpart. The clash of words before the launch of the meeting between the U.S. and Chinese officials already demonstrated the extent of the tension between the two countries. Following these meetings, there will be more substantial discussions in Washington about the opportunities and challenges for the U.S. in Asia.