How to accelerate recovery in emerging Europe and Central Asia 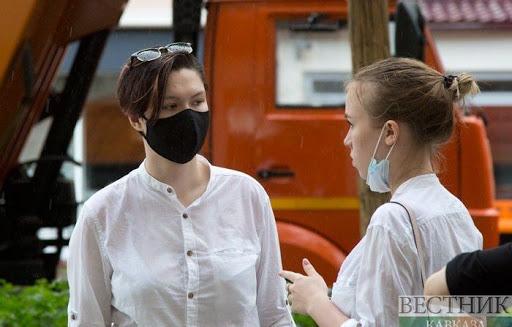 Last year, the Covid-19 crisis hit the economic sectors that Europe and Central Asia rely on most. Oil and gas exporters from the Caspian Sea to Central Asia suffered massive losses. Emerging Europe reports that money dried up through trade links to the euro area. Tourist destinations, from Croatia to Georgia, saw airports and hotels empty out. Countries with large labour migrant outflows witnessed a sudden fall in remittances.

Growth will likely resume this year, but it will likely be much slower over the next decade. And it’s the most vulnerable groups that will suffer the most. Around 6.4 million people are likely to have been pushed into poverty in 2020 alone. How can these countries get back on their feet, minimise the hit from another global crisis and keep their people out of poverty? The answer lies in creating more diverse economies. Put simply, a cyclist with more than one spare tube stands a better chance of finishing a tough race. To achieve that, countries will have to let the private sector in—with its capital, innovation and capacity —to create jobs.

Their first goal should be to accelerate the digital transformation. Last year, the region transitioned swiftly to remote work and online services. For example, in the first five months of 2020, the digital economy in Central and Eastern Europe rose by 5.3 billion euros, the equivalent of 78 per cent of the increase seen in the whole of 2019. Small and medium-sized enterprises (SMEs), which employ close to three quarters of the region’s workforce but are constrained by a lack of finance and know-how, stand to gain the most. When an SME goes digital, markets become bigger, logistics are cheaper, and revenues grow for the many.

Development finance institutions such as the International Finance Corporation (IFC) can make a huge difference in this regard. Most recently, IFC invested in ElCat, a leading wholesale broadband operator in the Kyrgyz Republic that uses its 3,500 kilometre-long fiber optic network to connect telecom providers and businesses to the internet . Second, governments need to green the recovery. Europe and Central Asia relies on fossil fuels for 88 per cent of its energy. Shifting to clean energy will help countries reduce their reliance on commodity and oil revenues – and their carbon footprint. In just a handful of countries, making that jump represents 600 billion US dollars of investment opportunity, and it could lead to the creation of 17 million jobs over the next five years. From electric cars in Ukraine, to energy-efficient buildings in Armenia, the opportunities are endless.

Public and private sectors working together

But the market alone won’t create a miracle. Public and private organisations need to work together to make this happen. By creating financial incentives for new market entrants and setting new codes and regulations, governments can attract the right businesses and investors. They can also pursue reforms that make it easier to conduct business. Financial institutions can help deploy all kinds of financing. For example, Ukrgasbank is fast becoming Ukraine’s first climate-finance bank, and it has already provided one billion US dollars of green loans to its clients.

Multilateral development banks have a huge role to play to develop the sectors of tomorrow. In Uzbekistan, IFC and the World Bank, together with a host of partners and the Uzbek government, set up the country’s first-ever competitive energy Public-Private Partnership and bring in private investors. The resulting solar PV plant will ultimately add enough electricity to power more than 31,000 households and keep 156,000 metric tons of CO2 from making it into the atmosphere every year.

We now need to replicate and scale up solutions like this across the region. Countries in Europe and Central Asia possess vast human and natural potential and face a historic opportunity to rethink the way they grow. If they succeed in doing so, the Covid-19 crisis could be an important turning point on the road to 2030. Failing that, they could be in for a repeat of the present crisis.