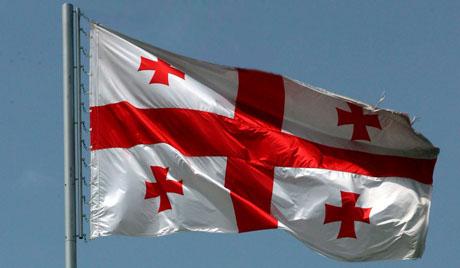 Georgian Dream party chairperson Mamuka Mdinaradze said on Monday he expected talks between the government and the opposition to continue, despite the impact of the release of a recording allegedly involving violations by state officials on Saturday.

Speaking to local press, Mdinaradze said the presence of the President of the European Council Charles Michel - in Tbilisi for facilitating the dialogue between the two sides - meant an agreement would be made through compromise.

"We still believe we will be able to reach a compromise, because when two sides enter talks they have to present offers for compromise. This concerns not only the opposition but us too," he stressed.

The head of the ruling party also said having a high-profile figure like Michel involved was "a guarantee" of continued talks, and dismissed a potential of the discussions being broken off due to the Saturday leak.

"No matter how much some might try to use recordings obtained by the [Department of Constitutional Security under the United National Movement government] in 2010-2011 and subsequently edited to use it as grounds to exit the talks, we will return to the discussion table over the next few days," Agenda.ge cited Mdinaradze as saying.

A continuation of talks between the government on one side and the opposition comprised of a number of parties on the other was under threat on Saturday, when TV Pirveli aired an alleged recording between Prime Minister Irakli Garibashvili and Bera Ivanishvili - the son of the former ruling Georgian Dream party chair Bidzina Ivanishvili.

While the authenticity of the tape was not confirmed, it allegedly involved discussion of violence against minors who had attacked Bera Ivanishvili on Facebook. The former PM's son is allegedly telling Garibashvili about means used to bully and threaten the minors, with alleged encouragement for the action by Garibashvili also featuring on the tape.

Talks between the government and the opposition have been deadlocked for months and complicated by developments such as arrest of opposition leader Nika Melia. The parties demand the government release Melia and co-founder of the opposition-minded Mtavari Arkhi TV channel Giorgi Rurua, and hold snap parliamentary elections.