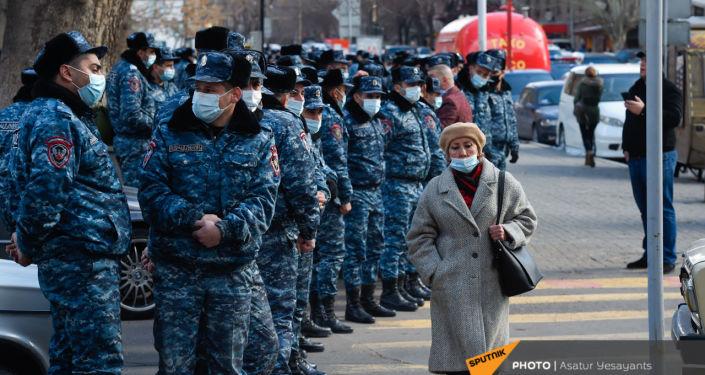 A large number of police forces are concentrated near the third building of the government of Armenia.

Also, they keep the area cordoned off.

In addition, police forces were concentrated at the nearby square by buses from early in the morning.

To note, at the end of Monday’s protests of the Homeland Salvation Movement—which demands the resignation of PM Nikol Pashinyan, Ishkhan Saghatelyan, a representative of the Armenia Supreme Body of the opposition Armenian Revolutionary Federation-ARF Dashnaktsutyun Party and coordinator of the aforesaid movement, had called to the people to be near the third building of the government at 11:30am Tuesday, as Pashinyan was to come to that building.

Participant of the rally in Yerevan: "Karabakh belongs to Azerbaijan"

"There must be early elections!" - Georgian opposition representative