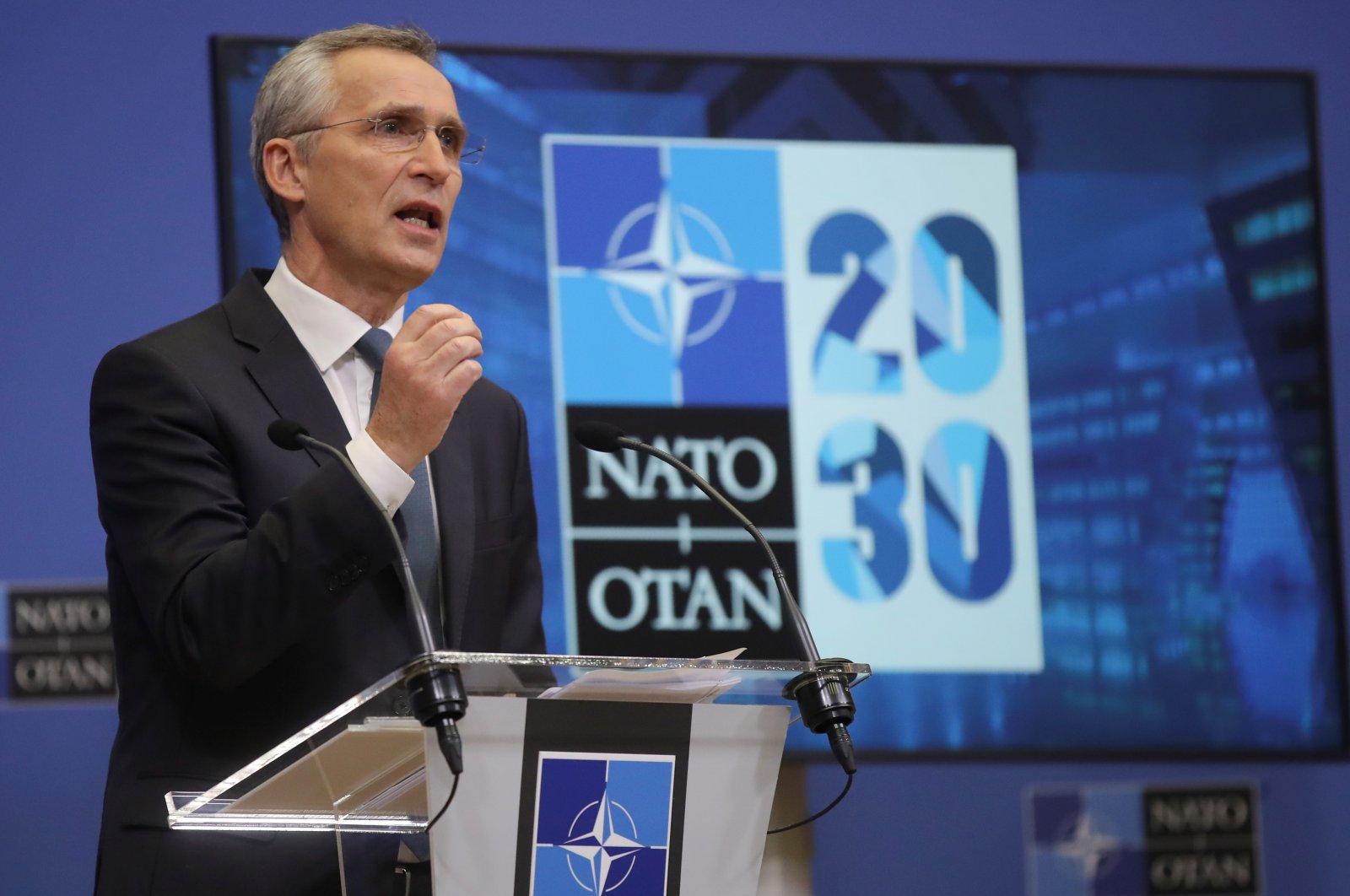 PKK terrorists executed Sunday 13 Turkish citizens in a cave in northern Iraq after abducting them and shooting most of them in the head.

"I would like to express my condolences to Turkey for the killing of Turkish citizens in Northern Iraq," Stoltenberg said at a news conference following the virtual meeting of NATO defense ministers.

"I condemn with the strongest terms those responsible," he added.

Stoltenberg said that the ministers had discussed the unfortunate events in the meeting. "Allies stand in solidarity with the people of Turkey," he added.

Asked about the tensions between Turkey and Greece over the Mediterranean in the summer, he said Turkey is "an important ally of the NATO" and applauded the country's effort in the military alliance's campaign against Daesh terrorist group.

"Turkey is the NATO ally that has suffered the most and the highest number of terror attacks," the head of the alliance said, adding the country also hosts millions of refugees.

"There is no reason to hide that there are differences and disagreements," Stoltenberg said, explaining that NATO is the platform to raise issues and to find positive approaches.

The deconfliction mechanism between Turkish and Greek military experts was put in place for this purpose, he stressed.

Turkey has the second-biggest military in the NATO alliance, after the United States.

Speaking about the attack on Turkish citizens, Minister of National Defense Hulusi Akar said: “In preliminary investigations, it was determined that 12 of our innocent and unarmed citizens were shot in the head and martyred while another was shot in the shoulder and martyred.” The grim news came as Turkey is carrying out the Claw-Eagle 2 anti-terror operation in northern Iraq.

"While our activities in the Operation Claw-Eagle 2 area continue, in search of a cave taken under control following intense clashes, the bodies of 13 of our abducted citizens were found," said Akar.

The PKK terror group managed to establish a foothold in Sinjar in 2014 under the pretext of protecting the Yazidi community from Daesh terrorists.

Turkey has been closely following the developments in Iraq’s Sinjar district, stressing that Ankara is ready to help in clearing the region of terrorists. However, experts noted that the Iraqi central government and the Kurdistan Regional Government's (KRG) commitment and cooperation are necessary to completely clear the terrorists from the region and ensure stability.

In its more than 40-year terror campaign against Turkey, the PKK – listed as a terrorist organization by Turkey, the U.S., and the European Union – has been responsible for the deaths of nearly 40,000 people, including women, children and infants.

Stoltenberg has also asked the alliance's defense ministers to throw more cash into the pot for shared deterrence and defense activities as part of a long-term reform plan.

The boost would support allied deployments in the Russian-facing eastern flank of the 30-member bloc, as well as air policing, marine deployments and joint maneuvers, according to the alliance's chief.

Activities such as those in the Black Sea or Baltic regions are all paid for by those allies sending troops or equipment.

"My proposal is that NATO should cover some of those costs because that will demonstrate stronger commitment to our collective defence," he said after presenting the broader package of reform ideas to ministers for initial debate during a videoconference.

The investment drive would also help balance costs among the allies, according to Stoltenberg, a frequent bone of contention between the big-spending U.S. and other allies, notably Germany.

Briefly before the start of talks, Berlin's defense minister, Annegret Kramp-Karrenbauer, said she welcomed the ideas without going into closer detail.

"As Germany, we have a major interest in driving forward this process in the coming weeks and months," she said.

If the proposals go down well, they could be adopted by the NATO leaders at a summit this year, though a date has not yet been set.

Kramp-Karrenbauer also welcomed the first meeting with her new U.S. counterpart, Secretary of Defence Lloyd Austin: "We all see a big chance for a new start in transatlantic relations."

On Thursday, discussions are to turn to NATO's Iraq and Afghanistan missions. The former is due to be beefed up, while the latter is awaiting an official decision about whether to withdraw international troops by the end of April as per an agreement with the Taliban.

Due to persistently high levels of violence, the alliance seems poised to stay put in Afghanistan, with Stoltenberg arguing that the Taliban has failed to stick to their side of the peace deal.

This risks confrontation with the radical Islamist group, which has already threatened reprisals if the withdrawal doesn't go ahead.

A formal decision is not expected this week, as U.S. President Joe Biden reviews the policy course set out by his predecessor, Donald Trump.

But for Kramp-Karrenbauer – whose country provides 1,100 of the roughly 10,000 NATO and partner-country troops in Afghanistan – it is clear what allies should do.

"We can already say that we're not in a position to talk about the planned withdrawal of international forces in Afghanistan on 30 April," she said.

Peace talks are underway but are not so advanced as to allow for the departure of troops, Kramp-Karrenbauer said.