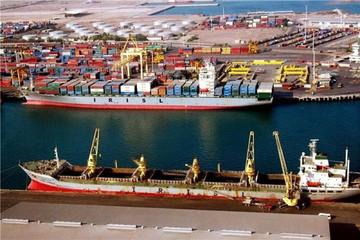 In a proactive move, India has made fresh overtures toward Iran, apparently sensing the revival of the 2015 nuclear deal is imminent. As Al-Monitor reports, last week, JP Singh, the joint secretary for Iran-Pakistan-Afghanistan at the Indian Ministry of External Affairs, paid a visit to Tehran.

Laying the groundwork for closer ties, he held political consultations with top officials and obtained updates on the progress at Chabahar, where New Delhi is funding a project to develop the port on the Gulf of Oman. The main purpose of this visit was to regain India’s lost foothold in the Iranian port project.

Then Singh also touched base with Iranian Deputy Foreign Minister Abbas Araghchi, one of the main people involved these days in negotiations regarding the revival of the nuclear deal that is formally known as the Joint Comprehensive Plan of Action (JCPOA). New Delhi is seemingly awaiting the removal of sanctions on Iran before it engages in any large-scale projects or business activity in the country.

Indeed, there have been some positive indications in this direction from Washington. Encouragingly enough, Robert Malley, one of the main negotiators of the 2015 deal, has been appointed as envoy to Iran by the Biden administration. Likewise, the appointment of Wendy Sherman as deputy secretary of state also points toward a possible US-Iran rapprochement, as she had led the team that eventually clinch the deal.

Therefore, New Delhi is getting ready to formally resume involvement in the development of Chabahar port. Even though India was exempted from US sanctions for development work in Chabahar, it had held off purchasing equipment and slowed down supplies while financial arrangements to pay for the infrastructure projects at the port remained pending.

Consequently, after some time Tehran had dropped India from various projects, but the situation is changing very fast now. Indicating New Delhi’s steadfast commitment, the Indian delegation headed by Singh has now handed over two 140-tonne cranes to the Iranian government.

Sourced from Italy, these cranes were supplied under a previous bilateral contract between the two nations to equip and operationalize the port, and this delivery is the first part of a $25 million consignment of six Mobile Harbor Cranes.

According to the Indian Ministry of Shipping and Ports, providing these cranes highlights “India’s commitment to the strategic connectivity of the Chabahar port project that will provide access to markets in Central Asia.”

In the meantime, tweeting that “recent international and regional developments attach particular importance to this round of general political dialogue,” Iranian Foreign Ministry official Rasoul Mousavi also acknowledged the timely significance of these latest talks.

Then, just two days later, Indian delegates visited the port to discuss development strategies. The basic purpose of these consultations was to upgrade the port into a key gateway to Afghanistan and Central Asia for New Delhi.

India and Iran also recently held their first trilateral talks with Uzbekistan to mull over ways to jointly use the port for trade. Ultimately, India would like to include Uzbekistan in the International North-South Transport Corridor project for moving freight between India, Iran, Afghanistan, Armenia, Azerbaijan, Russia, Central Asia and Europe.

Inviting Foreign Ministry officials from Iran, Afghanistan and Uzbekistan, the Indian Foreign Ministry will soon be holding a quadrilateral meeting in New Delhi. Plans to “fast-track regional integration,” transit trade opportunities and the creation of a joint mechanism to handle Chabahar are to be discussed, and it is possible that more Central Asian countries would be included as observers.

Directly after Singh’s return from Tehran, New Delhi hosted Iranian Defense Minister Brig. Gen. Amir Hatami. On his first visit to the Indian capital, Hatami had talks with his counterpart, Rajnath Singh, then left for Bangalore where he participated in the Aero-India 2021 and met the Indian army chief.

Optimistic about Indo-Iranian relations, Hatami said, “Tehran and New Delhi have cultural and historical commonalities, common approaches toward many regional and international issues and geographical capacities, particularly in the Indian Ocean.”

He said there was great potential for expanding ties, “particularly in the defense and military sectors.” Attending the first conclave of defense ministers of the Indian Ocean region , Hatami also pointed out that Iran has an important strategic location while India has a long coastline, and that both are major countries in the region that have managed to maintain stable ties.

Saying “the link between the Indian Ocean and the North-South Corridor and connection with the Central Asian states and the Caucasus are the grounds for which we need to pursue broadened relations,” Hatami added, “These capacities can play a significant role in expanding the two countries’ relations, particularly in the defense and military sectors.”

Already having a defense cooperation agreement between them since 2002, this trip by Hatami could give a further boost to Indo-Iranian strategic relations.

Since any change of direction by Iran is bound to have a regional impact, here are some of the likely scenarios:

First, if the nuclear deal is salvaged, there is more of the likelihood that Iran will stop “looking East” and maybe even decrease its tilt toward China. Instead, it would try to re-establish business with Western countries, as this is exactly what it had done in 2015 when the JCPOA was first implemented.

Second, as Iran and India already have a defense pact between them, an upgraded strategic role could have a negative impact on Sino-Pakistani projects in the region. Ever since China and Pakistan announced the China-Pakistan Economic Corridor project, India cannot help but feel encircled. Moving in next door in Chabahar would be the ideal setup for New Delhi to keep an eye on developments in the Gwadar port and on Pakistan’s coastline.

Third, trying to break Chinese influence in the region, India would want to redirect Afghanistan and Central Asia toward its own routes. Having a pivotal role in advancing New Delhi’s ambitions, the port of Chabahar is center stage.

In case Iran does go ahead with the widely discussed 25-year strategic partnership with China, it could complicate matters, as Beijing’s prospective $400 billion deal includes access to all of Iran’s ports. In a recent television interview, Iran’s Foreign Minister Mohammad Javad Zarif said that the China-Iran 25-year deal will be finalized soon and that the two countries are not far from reaching an agreement.

Apparently, Iran continues to keep all its options open where regional alliances are concerned.

Finally, for a few years, spats between India and China have become a regular feature at their mutual border in the Himalayan region. As India gets closer to Iran, tensions between Beijing and New Delhi will start one more front.

Due to the constant maritime competition between regional powers, the Indian Ocean region has become a “key geostrategic space” as it connects the oil-rich Middle East with economic markets in Asia. Enhancing ties with Tehran can be quite useful for New Delhi, as Iran is one of the largest states in this region with an extended presence in the northern part of the Indian Ocean.

However, to some extent the success of India’s regional strategy will depend on the resumption of the JCPOA for now, as Iran’s reintegration into the world economy is dependent on the lifting of US sanctions.