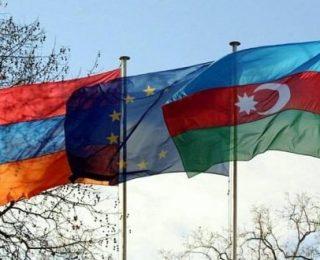 CCBS continues series of articles dedicated to public diplomacy and intercommunity dialogue opportunities in Nagorno-Karabakh after dramatic changes of the status quo in the conflict autumn last year. These are not fundamental analysis of the issue, rather invitation to discourse, while rapidly changing environment in the region may require unique European input.

According to an insider report delivered by a group of international human right experts, in 2019 public diplomacy and intercommunity dialogue around the Nagorno-Karabakh conflict was on the lowest level since the mid 1990’s. The consequences are known.

Compared to the status quo before the 44-day war, at the moment situation in Nagorno-Karabakh is different – at least the borders are open now and the sides of the conflict, as well as the third-party actors, demonstrate willingness to facilitate full opening of the transport corridors. The latter opens new opportunities to discuss in terms of public diplomacy initiatives to reanimate.

The same report underlined that period after 2014 was the most critical, with 2016, the year of the so called four-day “April War” as the worst in the context discussed. The authors identified growing nationalism, isolationism of communities, exclusiveness vs inclusiveness, as well as traumatic experience (including sporadic clashes on the frontline) as the key issues from the conflict prevention and resolution viewpoint.

The last war turned the region upside down. The new context allows to take another view. In the long run, if one identifies nationalism, antagonism, isolationism, exclusiveness and traumatic experience as success/failure factors for peace initiatives, then war affects all of the mentioned through change of perception.

For example, in the past Azerbaijan was extremely suspicious of any peace building and intercommunity dialogue initiatives. Azerbaijan put huge efforts to torpedo many initiatives of this sort in the decades behind. With quite a predictable argument – while part of the internationally recognized territory of the country (meaning Nagorno-Karabakh and seven neighboring regions) are occupied, any initiatives of such nature would only legitimize the status quo, i.e. the occupation. Now, on the contrary, Azerbaijani nationalism, growing in time under the pressure of the unresolved conflict in parallel with growth of the country’s economic and military strength, has found its comfort in military success achieved last autumn. Moreover – and this fact is very positive – observations show change in rhetoric of the Azerbaijani media from military and patriotic agenda to issues related to post-conflict reconstruction of civil infrastructure and return of the refugees.

In Armenia, on the contrary, public diplomacy initiatives have always been welcome, because they created channels and opportunities for future legitimization through international contacts, networks, etc. Isolationist trends among them will strengthen in current military and political context in Nagorno-Karabakh. Many of them lost their homes or family members. Return of Azerbaijani refugees is also expected very soon. Russians peacekeepers are the only survival guaranty for the Armenians in Nagorno-Karabakh. And very soon both sides will require elementary intercommunity dialogue coaching.

That dialogue is inevitable. Actually, it has already started – immediately after the November 10th trilateral agreement, as numerous amateur footages done by local civilians or military on both sides demonstrate. Basically, on this stage these contacts are limited to contacts between the military during the state border demarcation process or between local Armenians and Azerbaijani military in Nagorno-Karabakh. But, as we have already mentioned, Baku will start repopulation of the liberated territories very soon…

The character of territorial changes after the war, presence of Russian peacekeepers, economic collapse and mass migration of Armenians from Nagorno-Karabakh to Armenia are already factors strengthening isolationist trends among locals. Azerbaijan will reestablish official authority bodies on these territories to manage the refugees return process. This will create additional dynamics. The antagonism of these two communities, as well as mutual exclusion, will soon become barriers for normalization of economic relationships in Nagorno-Karabakh.

Consequently, numerous situations may arise with either conflicting or constructive context, where dialogue between the communities would be the sole way to solve number of issues on micro-levels. Professional coaching is the only way to achieve that, provided this coaching is attractive for all the sides involved.

As for the Russian peacekeepers – it is not their job, even if there is someone who would dare to bring an example when any peacekeepers (let alone Russians) demonstrated success in public diplomacy and intercommunity dialogue coaching. Finally, Moscow has her own interests. Presence of the Russian peacekeepers, according to November 10 trilateral agreements, is set for a five-year period, with a prolongation option. It is a big and rhetoric issue if Kremlin would engage in initiatives targeting true and long-term de-escalation and stable peace in Nagorno-Karabakh for this reason.

The situation is still unstable though and there are bulk of variables dependent upon external factors. Some experts argue that it is the first time since 1994 we are living a moment in Nagorno-Karabakh conflict which is very similar to the one in the former Yugoslavia after 1995 Dayton Accord. For instance, some of the passages of November 10 trilateral agreement consider reopening of the international transport corridors in the conflict zone. This must be valued as a strong impetus for any peace building initiatives in general, not only public diplomacy. Particularly in context when Baku and Yerevan at least demonstrate their interest, with Moscow and Ankara as watchdogs on the backstage.

Taking into consideration the role of the South Caucasus in energy security of the Southeastern Europe, such a normalization is in the EU’s interests, of course, provided the efforts will truly bring to maximization of the international energy and transportation projects.

We do not dare to argue that there is absolutely no understanding or experience of peace building and intercommunity dialogue initiatives in Armenia or Azerbaijan. At the end of the day, projects of this kind were being implemented throughout the conflict with various scope of success or failure and civil society representatives, human right activists, NGOs in both countries know each other well, even on personal level. They have extensive experience of coming together and discussing things. But all the projects they could afford that with more or less decent level of transparency and pluralism were sponsored by European organizations.

It is also doubtful that Armenian and Azerbaijani government structures or NGOs can demonstrate absence of bias so important in intercommunity dialogue projects where requirements towards confidence building mediators are of extreme importance. When it comes to Moscow or Ankara – basing on our experience and professional competence we can say that Armenian and Azerbaijani counterparts have much deeper and more extensive experience in this area than NGOs in Russia or Turkey.

Experience of initiatives like the European Partnership for the Peaceful Settlement of the Conflict over Nagorno-Karabakh (EPNK) shows that coaching by competent third-parties is both inevitable and wanted first of all due to the complexity and variety of issues involved – from joint access to natural resources (water, forest, pasture) or infrastructure (roads, for example) to small and medium business involvement and gender issues (Kvinna Till Kvinna, KTK – a Swedish NGO focusing on women issues is a good example of competence in this area).

Finally, all the above mentioned will require financial resources and skills and competences to manage them transparently. With the post-Soviet realities of the South Caucasus this can comprise a problem able to undermine the whole thing in case peace building and intercommunity dialogue initiatives get involved in any sort of unwanted schemes.

The wounds of the war are still very fresh. Many Armenian families are still looking for their sons and husbands missed in action. Some are found and buried. Some are still searched for. Azerbaijanis also gradually wake up from the victory euphoria. 2020 was a very different year to the whole world and to the South Caucasus also. European institutions and too many other things to do and the European agenda in 2020 were far from being focused on South Caucasus or post-Soviet space. To certain extent, developments of 2020 have left the EU behind the process in this region. Nevertheless, traditional competences in successful peace initiatives and still strong presence of the European soft power projection in the region create opportunities in the rapidly changing context.