Economic consequences of the second Karabakh war for Armenia 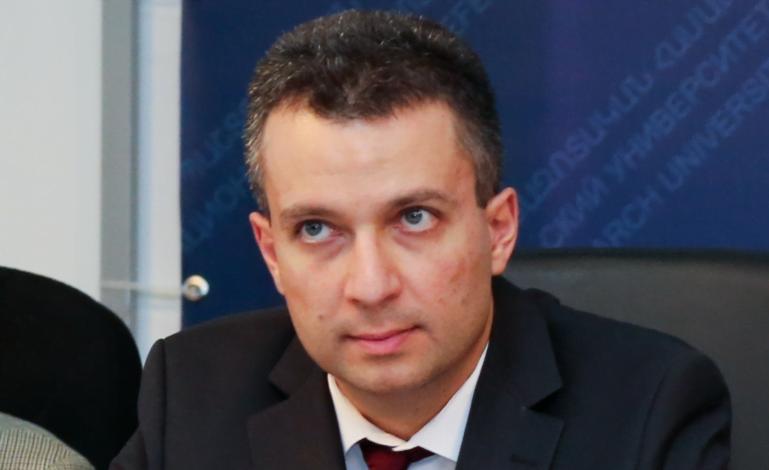 The second Karabakh war ended with Armenia's capitulation. The unrecognized Nagorno Karabakh Republic lost approximately 75 percent of its territories, including parts of the former Nagorno Karabakh Autonomous Region within its 1988 borders. However, despite the clear defeat of Armenia, the conflict has not been solved. Azerbaijan was not able to invade the whole territory of Nagorno Karabakh and currently, some 3000 square km of the territory is being controlled by Russian peacekeepers effectively creating a de facto Russian protectorate.

Despite significant geopolitical implications, war will also have a serious economic impact on Armenia. It's too early to assess the full damage to Armenia's and Nagorno Karabakh economy, but some trends are visible even now. According to preliminary information, during the 44 days of the war approximately 100-110 000 civilians were forced to leave their houses. An absolute majority of them - 90-100 000 – have moved to Armenia, while up to 20 000 people to other settlements of Nagorno Karabakh. During the 34 days after the signature of the November 9 trilateral statement, some 50 000 have returned to Karabakh, while up to 60 000 people still live in temporary homes and shelters in Armenia or Karabakh.

Some displaced persons have left territories that now are under Russian control, which creates favorable conditions for their return, though some of their houses have been destroyed. The situation is tougher for those persons (up to 45 000) whose villages and cities are now under Azerbaijani control and they have no places to return. The Armenian government has already stated about one-time payment of 570 USD for all those families who lost their houses and monthly payments of 130 USD will be provided for each member of these families. Nagorno Karabakh government provides 110 USD per month for those families to rent houses in Karabakh. Russian government through its "Interagency Humanitarian center" established in Stepanakert stated its intention to build 8000 "quickly assembled" apartments, but there are no concrete data when construction may start. The Nagorno Karabakh government declared that the Karabakh population will have one-year of free access to basic utilities – gas, water, electricity – and these costs will be covered by Armenia. The civilian infrastructure has been severely damaged during the war, and if in capital Stepanakert situation is more or less normal, in other cities – Martuni and Martakert, more than half of the infrastructure (houses, gas pipelines, electricity grids) are either badly damaged or destroyed. It's premature to assess the actual cost of providing new housing and restoration of civilian infrastructure, but obviously, it will require hundreds of millions of USD if not more.

Other seriously damaged sectors in Karabakh are power generation (from 36 hydropower plants only 6 are currently in the territories controlled by Russian peacekeepers) and agriculture, as up to 95 000 hectares of arable lands are now under Azerbaijani control. In 2019 Karabakh produced 118 000 ton of cereals, which was consumed locally and mainly exported to Armenia. Before the war Karabakh fully covered its electricity demand, while now Armenia should provide electricity to Karabakh and buy additional volumes of grain from either Ukraine or Russia.

There is uncertainty also regarding the last point of the trilateral statement, according to which all economic and transport links in the region shall be unblocked and the construction of new transport communications linking the Nakhichevan Autonomous Republic with the western regions of Azerbaijan shall be provided. According to Armenian authorities, this means that Armenia will have railway access to Russia via Azerbaijan and to Iran via the Nakhijevan Autonomous region. There is no mention of Turkey in the statement, but some discussions are underway in Armenia that soon Armenia – Turkey border may be opened. The new Minister of Economy of Armenia (was appointed after November 10), stated that the Azerbaijani market may be opened for Armenian goods and Armenia may use also Turkish ports for export/import operations. The chairman of the Armenian parliament standing committee on defense and security Andranik Kocharyan recently stated that Armenia should think about establishing diplomatic relations with Azerbaijan and Turkey. Meanwhile, representatives of the Russian railway which controls Armenian railways until 2038 recently visited the Meghri region of Armenia to assess the possibilities of the reopening of the Nakhijevan – Meghri – Azerbaijan railway. It should be noted that during the Soviet period Yerevan – Baku train passes through Nakhijevan and Meghri before reaching Baku.

However, during December 10 Victory parade in Baku Azerbaijani President declared that the Armenian capital Yerevan, Syunik region, and territories around the lake Sevan are historical Azerbaijani lands while President Erdogan mentioned that Turkey is ready to normalize relations with Armenia if Armenia behaves correctly. The key Turkish demands from Armenia were the "liberation of Karabakh" and the giving up the campaign for the international recognition of the Armenian Genocide. President Erdogan's remarks prove that Turkey has not denounced its demands. Thus, from the Armenian perspective, neither Azerbaijan nor Turkey are ready to provide unimpeded access for Armenia through their territories and will do everything possible to de facto prevent such developments.

Meanwhile, the possible construction of the new transport routes from Nakhijevan to Azerbaijan via the Syunik region of Armenia raises serious concerns in Yerevan as there is a lack of clarity regarding the exact location of these routes and the control which Armenia will have over its sovereign territories. According to the November 9 statement, Russian border troops will control the traffic, which may mean the loss of actual control by Armenia over the part of its territory. Another point of concern is the possible economic expansion of Turkey into Armenia if the trade is restored between the two states. Many experts and political circles in Armenia believe that Turkish presence will kill Armenian small and medium enterprises and will result in significant Turkish economic influence over Armenia which is unacceptable from the national security point of view. In any case, the Armenian government's decision on the six-month ban of Turkish goods imports starting in January 2021 is still in place and it is unlikely that this decision will be reversed.