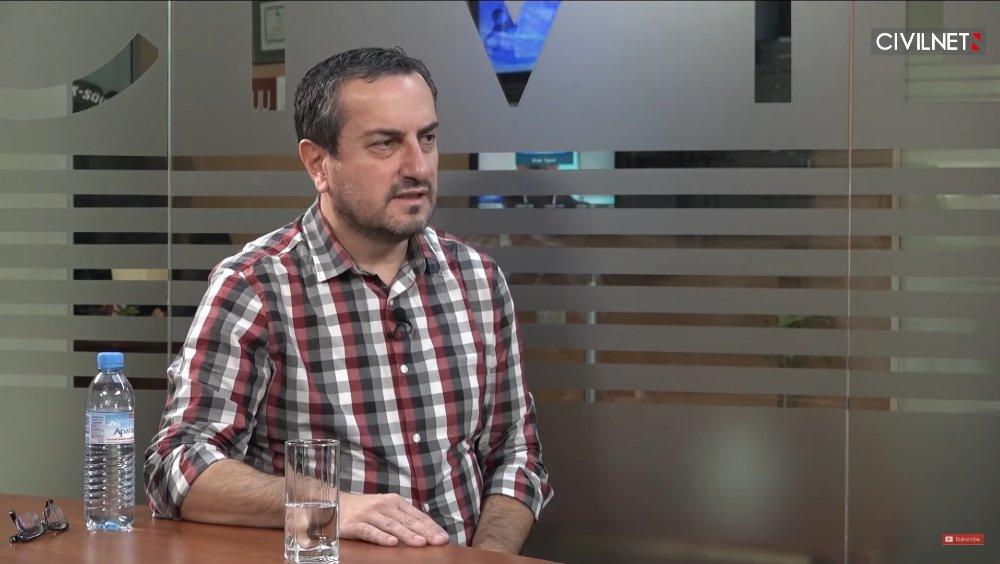 Defeat can be a stimulus for development that will help to reinterpret the mythical wishes and nationalist texts that have hung over our heads for decades as a protective shield, but in reality as a trap (starting from a sea to sea Armenia, ending with the motto of the homeland).

Political scientist Arman Grigoryan, a lecturer at Lehigh University in the United States, is not so optimistic, he assumes that even after this brutal defeat we will waste time and resources, remaining in the arms of myths in his recent interview to Media.am.

He is convinced that “neoconservatism” and Armenianism by invading all spheres, have perverted the intellectual field. And to many, even in the highest echelons of power, it seems that “reality is made up of a material like play dough, to which you can give the shape that you want.”

According to Arman Grigoryan, most of the media are not motivated to do serious work but create a cacophony in which important voices are stifled.

Nationalist myths, uncompromising and pathetic speech are always in demand in public speeches. What role did the media play in spreading these myths?

Our media is not fulfilling its function. If we think about it with the help of the market model, we can see that the media does not ensure competition for ideas. It is by and large distorted and operates as a monopoly.

The media is responsible for encouraging nationalist mythology. It was extremely tolerant of the merchants of those myths and refrained from asking them difficult yet obvious questions.

TV news has always been under particularly strong control since the 2000s when A1+ was shut down. Since then, television has actively contributed to the formation and preservation of myths.

Briefly, what is the main myth we are still struggling with today?

It is a whole bunch, which includes the traditional Armenian Cause with its revanchism, the so-called national ideology, the “not an inch of land” ideology, Nzhdehism, etc.

These are ideologies that have acquired a kind of mythological religious coloring and claimed a monopoly position in our marketplace of ideas.

What do I mean by a “myth?” The Armenian Cause, for example, is defined as the restoration of Armenian sovereignty over the entire territory of historic Armenia. It must be clear to any reasonable person that this is simply delusional as a practical goal. It has no chance of ever becoming a reality.

They insist that if enough states recognize the Armenian Genocide, it will facilitate the return of territories to Armenia. They assure that the Treaty of Sevres and Wilson’s Arbitral Award not only have not lost their legal force but can become the weapons that will force the world to recognize the rights of Armenians over those territories. They insist that the Treaty of Kars must be annulled, and so on.

The proponents of the “not an inch of land” ideology have peddled the nonsense about “defeatism” and “victoriousness,” insisting that victory and defeat depend solely on one’s intentions; xx.

They have created myths about our combat-ready army, the stupidity of Azerbaijanis, the interests of the Russians to stand by us unconditionally, and so on.

In other words, they have created an image of reality, which reflects not reality, but rather their desires and prejudices.

And reality is not a playdough that you can give whatever shape you want. Reality always takes revenge if you treat it with contempt, which is what we witnessed in the period between September 27 and November 9.

There have been almost no debates on this topic. Even if there have been, people who have spoken against these myths have not been in an enviable position.

The other characteristic of dogmas and myths is that often rational arguments are confronted with metaphysical noise, which one can neither refute nor dispute.

In fact, what passes as thought for these people, is not even a thought, but a pose.

For example, you explain to a professional patriot that the country’s ambitions cannot be incompatible with its capabilities, and he comes back with a quote Nzhdeh saying that victory comes to the one who carries it in his soul until tomorrow.

Well, go and try to explain anything to a person who thinks that noise has any meaning.

Our entire political discourse is drenched in such pathos-infused idiocies, which have pushed everything rational out of our public conversation.

And people who stood up against it and insisted that the reality should not be confused with desires, have earned the labels of enemy of the people, traitor, and judeomasonic conspirator, because in this pitiful intellectual atmosphere only odes to the nation and the pseudo-artistic competition of who has more extravagant aspirations are truly “Armenian” and patriotic.

Rational thought and speech are foreign and extremely suspect. The calls to stop treating reality with contempt are also deemed treacherous.

Desire itself is a political tool. You must have a dream and then take steps to make it a reality.

Society should have aspirations, but if those aspirations are completely detached from reality, they become meaningless and the conversation about them is completely unserious.

For example, no one asks the merchants of the Armenian Cause, “and if one day Turks decide to accept the Treaty of Sevres and hand over the territories drawn by that treaty to Armenia, what will we do?”

Are we ready to include all that territory in sovereign Armenia, where 20 million Turks and Kurds live? It is natural that we should give them rights, allow them to participate in the RA parliamentary elections. And if we are not going to do that, what exactly are we going to do with those people?

This is a basic question that must be asked if the return of historic Armenia is really a political goal and not a theatrical performance that plays on people’s emotions.

You are right that society should have aspirations. But if those aspirations are completely disconnected from reality, I do not understand their meaning.

It would be much better if our dreams were focused on making Armenia a blossoming country of science, technology, and arts.

The desire to take revenge on history is not a healthy desire, especially since our people simply do not have the capability to do so. The best revenge against our history will be to change its logic.

Let me emphasize one more thing. This ideological and cultural atmosphere is not a purely intellectual and psychological embrace of a certain narrative. It is anchored in certain interests.

We have an entire intellectual and cultural substratum, which depends on the stability of this narrative for its economic wellbeing. That is why they hold on to it for dear life. The Armenian Cause, in other words, is a business.

And since this business produces a very low-quality product, its survival can be ensured only in the absence of competition.

That is why they are intolerant and cruel towards any expression of dissent and hint of competition, and that is why they do not play by the rules of the game typical of scientific and intellectual debates.

As a rule, defeat is a sobering event. It is a chance to reinterpret conserved national dreams. Is there any hope that the defeat will play the role of a cold shower, and will focus its efforts on really important issues?

Defeats are terrible for states and societies, but they can have a good effect. They help to realize that many ideas and assumptions that have guided them are bankrupt and should be discarded.

Defeats destabilize calcified institutions, organizations and bureaucratic systems that are the defenders of those ideas and assumptions.

But I am not so optimistic that it will happen to us. Despite everything, nationalist myths are very strong both in Armenia and in the Diaspora, they are very well funded, and they rely on things that are easier to accept for most people, at least on an emotional level.

Their opponents have a much harder task.

As long as the institutional mechanisms and the money are concentrated in the hands of the purveyors of nationalist mythology, we could squander the opportunity granted by this defeat.

“US remains steadfast in its support for Georgia’s sovereignty,” secretary of defense of USA

To be or not to be Iskander?

Kocharyan Does Not Rule Out Likelihood of New War, His Return to Power

Political crisis in Armenia: What next?