Former US ambassador James Pardew: Bulgaria has passed the point of no return 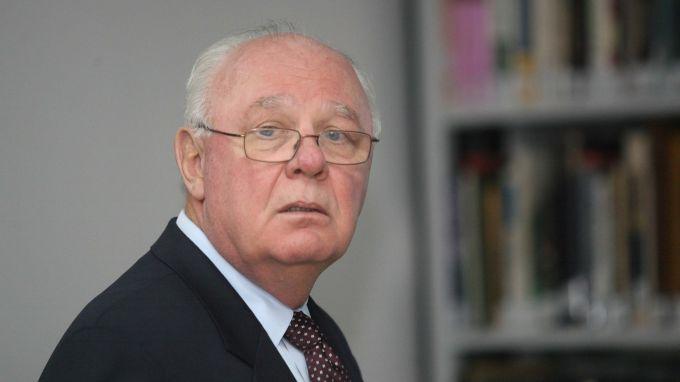 James W. Pardew is a former U.S. ambassador to Bulgaria (2002-2005), deputy assistant secretary-general for operations at NATO and career U.S. Army Intelligence officer. He is the author of “Peacemakers: American Leadership and the End of Genocide in the Balkans” (University Press of Kentucky, 2015). We are glad to present our readers his article publiched in Politico.

Boyko Borissov, the populist leader of Bulgaria, is facing a popular revolt that will not go away.

For more than two months now, thousands of Bulgarians have taken to the streets of Sofia to demand his resignation. They are decrying the government’s failure to address rampant corruption, the influence of organized crime and the absence of basic standards of democracy.

Borissov and his acolytes have responded to the mass show of discontent by clinging more firmly to power. Faced with a lack of progress despite weeks of relentless pressure, it is high time that Europe makes it clear that it stands by the people of Bulgaria and their plea for real democracy, and takes concrete steps to help them achieve that goal.

Bulgaria has a superficial image of a democratic nation, but in reality, its political and judicial structure is rotten at its core.

Since the country adopted a parliamentary democracy in 1991, political parties, movements and governments have come and gone while ignoring public expectations on the basic elements of democracy. Under the Borissov government, the situation has gotten much worse.

Borissov created a system with many of the hallmarks of a one-party state. He has effectively destroyed the country’s political opposition through the widespread use of intimidation, local corruption and alleged vote-buying on a massive level in communities. The ruling party — the Citizens for European Development of Bulgaria (GERB) Party — have gradually consolidated power at the expense of democracy and development.

Borissov and his political apparatus can be characterized as “Putin-light,” employing the same tactics as the Russian strongman but in a slightly less heavy-handed manner. Although Borissov likes to present himself as a populist, his methods are authoritarian.

Bulgaria also has a gallery of wealthy “oligarchs,” including Delyan Peevski who controls media distribution throughout the country. Supporting Borissov and GERB is required for membership in this club. Benefits can be significant for supporters and penalties severe for others. As such, the line between legitimate business and organized crime is blurred, and successful businesses are subject to judicial prosecution and hostile take-over of their assets.

Enabling all of this is a police and judicial system that Borissov and GERB largely controls.

This is a system made for corruption on a massive scale. As the demonstrators know, it is also a system that stifles individual initiative, muzzles the press and discourages foreign investment. It encourages young Bulgarians to leave their country to find their future in more open, democratic societies elsewhere.

Europe, if it cares about the protection of democracy, now has to take a leading role in supporting their demands for change.

Unfortunately, Washington will be of no help on improving democracy in Bulgaria as long as Donald Trump is in the White House. The U.S. president has shown no interest in promoting democracy during his administration and that is unlikely to change as the U.S. election approaches.

The EU, which provides huge subsidies to Bulgaria, has the means and the interest to confront the absence of the rule of law, press freedom and other fundamental elements of democracy in Bulgaria. After all, the EU funds subject to misuse and corruption originate from the taxpayers of EU nations, and the EU has a responsibility for ensuring the security of those funds.

In the short run, European nations and the EU should recognize the legitimacy of the public demonstrations in Bulgaria and the weaknesses of democracy in the nation.

As a second step, the EU should announce that it will conduct an intensive investigation of the use of EU funding in Bulgaria and that it will impose legal referrals and penalties.

A third step should include election monitoring, a review of freedom of the press and proposals to implement judicial reform in Bulgaria.

The EU has more than enough authority, oversight capability and implementation organizations to investigate and hold the Bulgarian government accountable in areas where EU funding applies.

Ultimately, the future of Bulgaria must be decided by Bulgarians — but today the Bulgarians pleading for democracy in the streets may not, on their own, be able to force the fundamental democratic changes they seek.

If Europe is to consist of a union of true democracies, it is up to the EU and its member countries to protect and fight for that ideal.