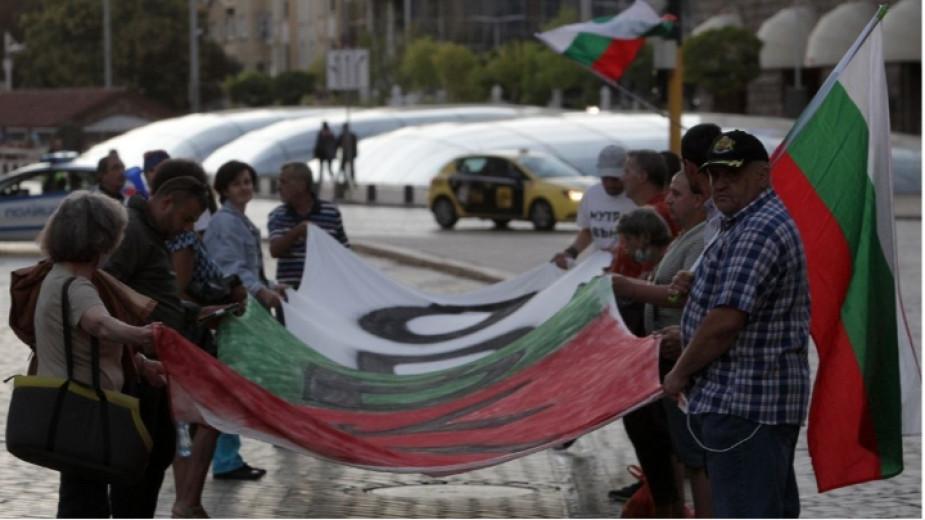 The anti-government protests continue for 61 days. There are currently no blockades at intersections by protesting citizens, BNR reports.
In Sofia, late last night, those dissatisfied with the government made a protest march under the slogan of the Unification of Bulgaria, from Independence Square to Eagles' Bridge and temporarily stopped traffic. At the same time, another march, against President Rumen Radev, passed through the centre of the capital, calling for the resignation of the Bulgarian head of state.
In Plovdiv, a procession entitled "Unification National March" passed along the central boulevard "Tsar Boris III Obedinitel". In front of the Unification monument, during the ceremonial fireworks, the demonstrators booed the Plovdiv mayor Zdravko Dimitrov, the chairman of the National Assembly Tsveta Karayancheva and the regional governor Dani Kanazireva. During President Rumen Radev's speech, the voices of discontent subsided.
A peaceful march was also held in Varna, where protesters called for the demonstration not to reflect disapproval of the government, but to be an expression of civic conscience and attitude towards Bulgaria's heroic past.
In Meinheim, Germany, Bulgarians also marked the Unification of Bulgaria, and sent a video address in support of the protesters against Borissov's government.