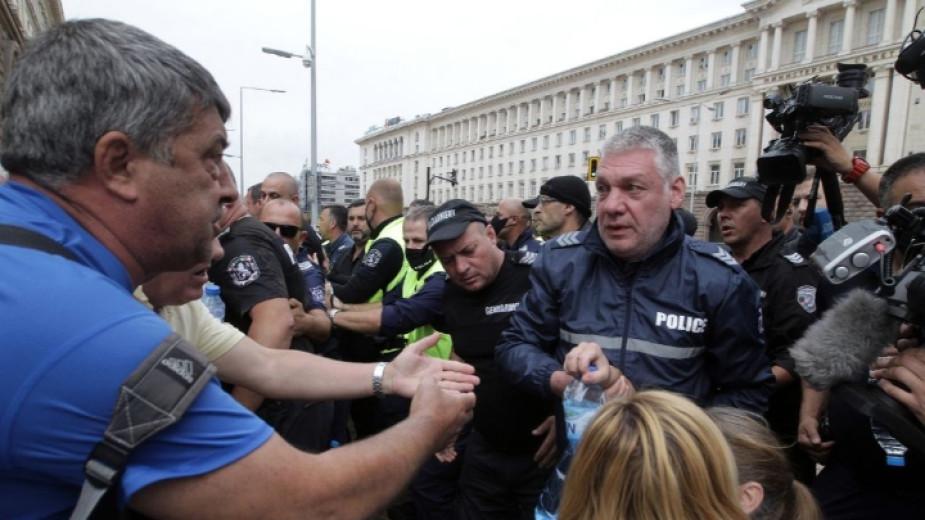 Bulgarian citizens are protesting for the 57th consecutive day in front of the National Assembly building, BNR reported. They are demanding the resignations of Bulgaria’s cabinet and this country’s Prosecutor General Ivan Geshev. Demonstrators have been gathering in front of the Parliament’s building in the so-called Triangle of Power since this morning. Before noon, protesters blocked temporarily the traffic on Tsar Osvoboditel Boulevard. Later, a Police cordon pushed them towards the sidewalk in front of the Presidency building. The law enforcement authorities did not allow the protesters to block the road lane again. The organizers of the protest called on the dissatisfied to continue protesting and invited them on another protest rally at 8 pm tonight.