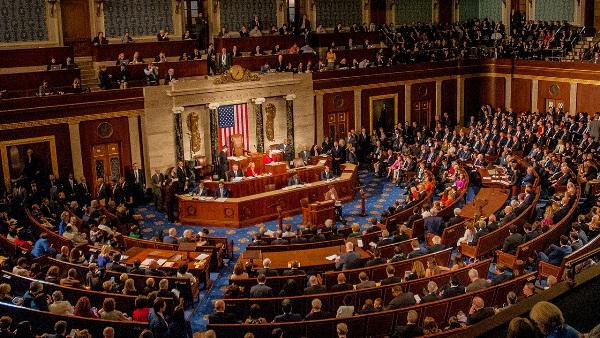 The United States House of Representatives has passed an amendment requiring the Department of Defense to report any weapons transfers to countries accused of human rights violations — with the authors of the bill citing Azerbaijan as an example.

According to OC-Media, the amendment to the 2021 National Defense Authorization Act passed on Monday calls for greater congressional oversight of US military aid programmes.

It would require the Department of Defense to ‘explicitly report any foreign military units that have received financial assistance from the United States through security cooperation programmes’ and are determined to have ‘committed gross human rights violations before or during their participation in the programmes.’

It was co-sponsored by four Democratic congress members, Frank Pallone, Co-Chair of the Congressional Armenian Caucus, Adam Schiff, the head of the House Intelligence Committee, Brad Sherman, and Jackie Speier.

Pallone said the amendment was important in light of the recent armed clashes on the Armenian-Azerbaijani border, who he blamed Azerbaijan for.

‘The United States should not be aiding and abetting reckless, autocratic states with appalling human rights records for any reason’, Pallone said.

Pallone said that the US Department of Defense had spent $200 million on Azerbaijan despite the State Department having ‘singled out Azerbaijani units for committing human rights violations’.

At a press conference on Tuesday, Hikmat Hajiyev, Assistant to the President of Azerbaijan, denied that any amendment aimed against Azerbaijan had been passed, calling reports to the contrary ‘another campaign of the Armenian lobby in the USA’.

He said that ‘the connections of some congressmen with the Armenian lobby’ should be investigated.

Another amendment calling for parity in the amount of US military aid provided to Armenia and Azerbaijan was not approved.

An amendment was also passed by the House on Monday which was co-sponsored by Congressional Turkey Caucus Co-Chairs Steve Chabot (a Republican) and Stephen Cohen (a Democrat).

It called for a report by the US Secretary of State and the Secretary of Defense on the status of internally displaced persons in Ukraine, Georgia, Moldova and Azerbaijan since 1991.

Leyla Abdullayeva, the chief spokesperson for the Azerbaijani Ministry of Foreign Affairs, hailed the amendment on Tuesday.

‘At this stage, this amendment is of great importance to us, since it confirms the fact of the occupation of the territories of Azerbaijan’, she said.

This amendment was strongly criticised by the Armenian National Committee of America (ANCA), one of the largest and most influential Armenian-American lobbying groups.

‘The Chabot-Cohen amendment […] conspicuously leaves out the hundreds of thousands of refugees forced out of Azerbaijan as a result of the Sumgait and Baku massacres and ensuing Azerbaijani aggression,’ the statement reads.

According to the ANCA, the House vote on the 2021 National Defense Authorization Act, to which both the Pallone-Sherman and Shabot-Cohen amendments were added, will likely take place on 21 July, before being passed to the Senate soon after.

Monday’s vote came a week after tensions escalated on 12 July on the Armenian-Azerbaijani border. At least 17 people have been killed by the clashes with many more reported wounded.

Both sides have accused each other for starting the fighting as well as of shelling civilian areas.

The fighting has so far been contained to an area in the north of the countries’ state border, in the Tavush Province of Armenia and Azerbaijan’s Tovuz District.

It is the most serious escalation since the April 2016 war in Nagorno-Karabakh.

Over the weekend, the situation at the border appeared relatively calm.

The week following the clashes has seen the eruption of global campaigns by supporters of both sides, online and in the streets of major cities across the world.

Soon after the clashes erupted, Armenian and Azerbaijani hackers launched cyberattacks against each other, hacking official state websites, mobile operators, and ATMs.

Members of the Armenian and Azerbaijani diasporas took to the streets holding protests and counter-protests in front of Azerbaijani and Armenian Embassies throughout major cities including Paris, Amsterdam, Los Angeles, Toronto,  Washington DC, Athens, and London, leading to physical altercations.

A lorry with messages supporting Azerbaijan’s position on the Nagorno-Karabakh conflict was reportedly seen driving around New York’s Times Square.

This led to an online campaign calling on Armenians residing in Moscow to purchase the apricots, considered a cultural symbol in Armenia, before they spoiled.

Well-known Armenian artists and entrepreneurs also chimed in with messages of support for Armenia from Kim Kardashian, Cher and Alexis Ohanian.