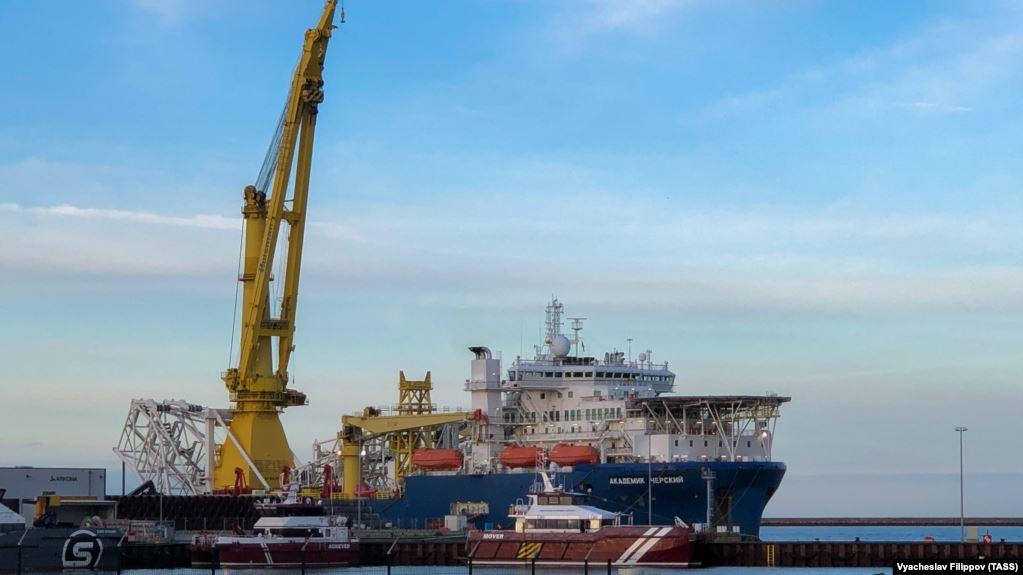 The U.S. House of Representatives has passed an amendment that would impose new sanctions on companies helping Russia complete a controversial natural-gas pipeline to Germany, Radio Liberty reported.

The Democratic-controlled House passed the amendment to the National Defense Authorization Act (NDAA) on July 20.

The NDAA must be approved by the Senate and signed by the president before the new sanctions would become law.

Russia is seeking to complete the construction of the Nord Stream 2 project, which would transport gas to Europe under the Baltic Sea.

European vessels laying the pipeline halted work in December following the first round of U.S. sanctions that specifically targeted their activity.

Russia is hoping to complete it using its own ships, prompting the United States to include the amendment in the NDAA to widen the sanctions beyond vessels to any company.

The project is more than 90 percent built. It consists of two parallel lines running under the Baltic Sea, each 1,230 kilometers in length.

The nearly $11 billion Nord Stream 2 pipeline, which would have an annual capacity of 55 billion cubic meters a year, would largely reroute gas to Europe around Ukraine, depriving Kyiv of billions of dollars in annual fees.

The United States opposes the project on the grounds that it strengthens the Kremlin's grip on the European energy market and punishes Ukraine, which is battling Russian-backed separatists in its eastern provinces.

"Russia is trying to develop the Nord Stream 2 pipeline to exert undue control on our European allies and their energy supplies. We must stop [President Vladimir] Putin's hostile influence strategy," Representative Steve Womack (Republican-Arkansas) said in a tweet after the vote.

Russia has accused the United States of using sanctions as a weapon to boost its energy exports. The United States is seeking to increase liquefied-natural-gas exports to Europe.

Secretary of State Mike Pompeo, who warned companies last week against helping Russia finish the pipeline, is scheduled to travel to Denmark this week. The portion of the pipeline that remains to be build lies in Denmark's economic waters.