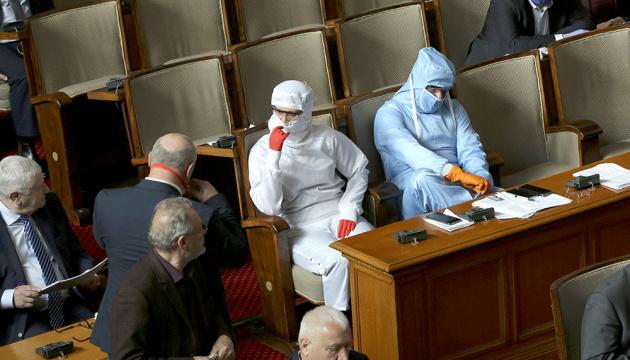 Sofia regional health inspectors handed fines to 24 MPs on July 2 for failing to comply with the Health Minister’s order to wear protective masks against the spread of Covid-19, The Sofia Globe reported.

This followed sharp exchanges on the National Assembly floor the previous day, at the opening of Parliament’s weekly sitting, when Speaker Tsveta Karayancheva had to remind MPs about the order and advising those who were not wearing masks to ask for them from the quaestors.

The inspectors made the rounds of the offices of each parliamentary group to deliver the paperwork for the fines, which were all the minimum amount stipulated by law – 300 leva, or about 153 euro.

“I cannot tell you the names, but there are six people. They can appeal, of course, but everyone makes mistakes. Of course, if someone makes a mistake, they will take the punishment,” BNR quoted Velchev as saying.

Three MPs from United Patriots, the junior government coalition partner that is made up of two ultra-nationalist parties, were sanctioned. All three were members of the NFSB party, while the other one, VMRO, had no MPs fined.

Opposition ultra-nationalists Ataka and populist Volya had one MP each handed fines, while the opposition Movement for Rights and Freedoms had none.

The main opposition, the Bulgarian Socialist Party, said that its parliamentary office had no MPs at the time of the health inspectors’ visit and thus had no information about the fines, Bulgarian National Television reported.

If the numbers for the other parties were correct, simple subtraction would put the number of fines levied on BSP MPs at 13.