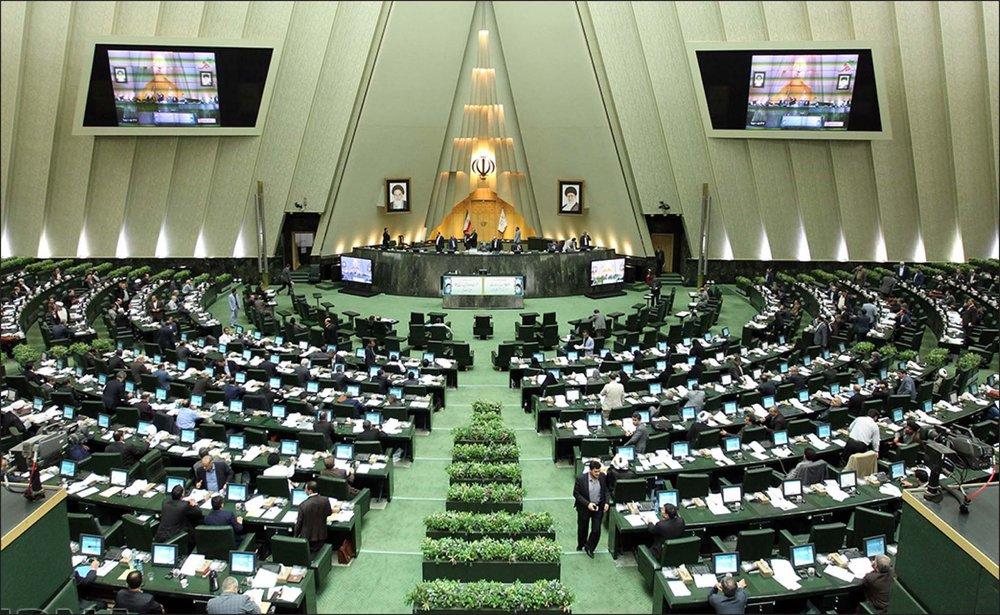 Iran’s newly inaugurated hard-line parliament is pushing for a new ban on the country’s already restricted social media, a campaign that critics view as a war on the free flow of information, Al-Monitor reports.

Heated debates during last week's parliament meeting in Tehran are fueling concerns among millions of Iranians that the newly elected conservative lawmakers are prioritizing restrictions on social media over more urgent economic woes, which they had promised to address upon taking their seats.

The session saw Iran’s young Minister of Information and Communications Technology Mohammad Javad Azari Jahromi cornered and grilled by powerful hard-line parliamentarians, including the speaker, Mohammad Bagher Ghalibaf. In their ferocious attacks, the lawmakers particularly took aim at the popular social media platform Instagram, which is being used by an estimated half of the population in a country of 84 million.

“It has turned into the killing ground of the religious convictions of our young generation,” ultraconservative lawmaker Mousa Ghazanfarabadi said of Instagram, the only Western social media network to so far survive the Islamic Republic’s strict bans. Ghazanfarabadi also blamed the app for the “disintegration of many Iranian families.” For his part, Ghalibaf squeezed the minister for failing to introduce regulatory policies into Iran’s cyberspace, which he said is plagued by “disinhibition” and lax rules. In his stinging criticism, the former military general called for firm oversight and state controls but without openly urging a ban on Instagram.

Female lawmaker Fatemeh Mohammad Beigi questioned Jahromi over Instagram’s dominance “on half of the internet data traffic in Iran.” But in response, the minister blamed macroscopic policies that have blocked other social networks and have thus made way for Instagram to lead in the absence of competitors.

During his campaign rallies in 2013 and 2017, President Hassan Rouhani garnered significant public support thanks to a host of attractive promises, including wide-reaching social media freedoms. And famously, at a televised meeting in 2017, he ordered Jahromi to “keep his hands off the internet filtering button.” Nevertheless, the young minister, who has been trying to project the image of a progressive politician, an anti-corruption hero now reportedly eyeing the presidency in 2021, has time and again told Iranians that he is going out of his way to lift social media restrictions but that he remains tight-handed in the fight.

Bans on social networking platforms in Iran have typically been introduced in the aftermath of various upheavals that have gripped the country in recent years. The orders have come not from the ICT Ministry, but rather from the judiciary, the Supreme Council of Cyberspace or the Supreme National Security Council. The heads of the three bodies are appointed by Supreme Leader Ayatollah Ali Khamenei.

In 2009, amid protests against the reelection of hard-line President Mahmoud Ahmadinejad, Iranian authorities denied all users access to Facebook, YouTube and Twitter, where protesters organized anti-government rallies and would freely get their messages out. Nine years later, as Iran was hit with unrest over economic grievances, the popular social media app Telegram joined the club of closed platforms. The ban sparked a mass exodus of millions of Iranian users from Telegram to Instagram, on which many educated but jobless Iranians found an opportunity to earn a living against all odds, launching small businesses amid high unemployment and a crumbling economy.

Last November, the Islamic Republic proved even less tolerant in the face of any expression of dissent — not just in the streets, but on social media as well. The entire nation was placed under an unprecedented, two-week-long internet blackout after protesters planned rallies through social networking at a moment of boiling anger against a controversial fuel price hike introduced by the moderate government. Rouhani and Interior Minister Abdolreza Rahmani Fazli both justified the blackout on national security concerns.

After the dust from the November turmoil settled down and connections were gradually reestablished nationwide, Instagram continued to remain accessible. The app, however, infuriated Iranian authorities and hard-liners in the aftermath of the US killing of top commander Qasem Soleimani in January. The network briefly removed any content that praised or promoted the slain general, triggering calls among hard-liners for an effective ban inside Iran. The same criticism was brought up again in the parliament meeting last week. But Jahromi told the lawmakers that a ban will not be the best solution. “We don’t leave the battlefield when they kill our commander, do we?” he said, stressing the importance of putting out a vigorous fight in what the Iranian leadership has described as a “media war” against Western enemies.

Nevertheless, Jahromi’s explanations appeared unconvincing to some of the lawmakers, among them hard-line cleric Hassan Nowruzi, who in an interview after the meeting expressed hope that the parliament’s Commission for Judicial and Legal Affairs will do everything to get the ban because the open space on Instagram “is a threat to the Iranian youth and will weaken the ruling establishment.”

The scathing exchanges only weeks into the parliament’s inauguration were seen by some Reformist outlets as a sign that the new lawmakers are more than determined to open up yet another front against the Rouhani government. “It is a shift in the backward direction,” wrote pro-Reform daily Arman-e-Melli about the planned ban. “A society, which was hoping to see Telegram and Twitter unlocked, now has to bite nails about a closed Instagram. … This is but a confrontational approach aimed at eradiating social media and adding fuel to the flames of public discontent against the Rouhani government.”

Over the past three years, Iranian authorities have increasingly been focused on expanding domestically developed social media networks, allocating massive budgets to programs aimed at promoting and institutionalizing them. However, poor technical infrastructure coupled with public concerns over potential privacy breaches and state surveillance have made those networks no favorable equivalent in the view of most Iranians. Ironically, many of the same lawmakers urging new restrictions, and even more powerful figures in the upper echelon, including the supreme leader, the president and the foreign minister are actively using the banned platforms for public diplomacy and other purposes.

Under Iranian law, even if the ICT opposes a new ban, the Supreme Council of Cyberspace or simply an individual judge holds the authority to enforce it. In the case of Telegram, Rouhani government officials pointed the finger at Bijan Qasemzadeh — a former judge known for his harsh verdicts against Iranian journalists — as the man behind the ruling. Qasemzadeh has now fallen from grace and is facing trial for multiple corruption charges.

“A fresh social media ban is a repeat of an already failed and costly policy,” wrote political activist Ejlal Ghavami. “At a time when economic woes are breaking people’s backs and thousands of other pressing demands remain unfulfilled, how do the lawmakers justify the urgency of blocking social media? The only explanation behind that push is their concern regarding the free flow of information, which is but a thorn in their side.”