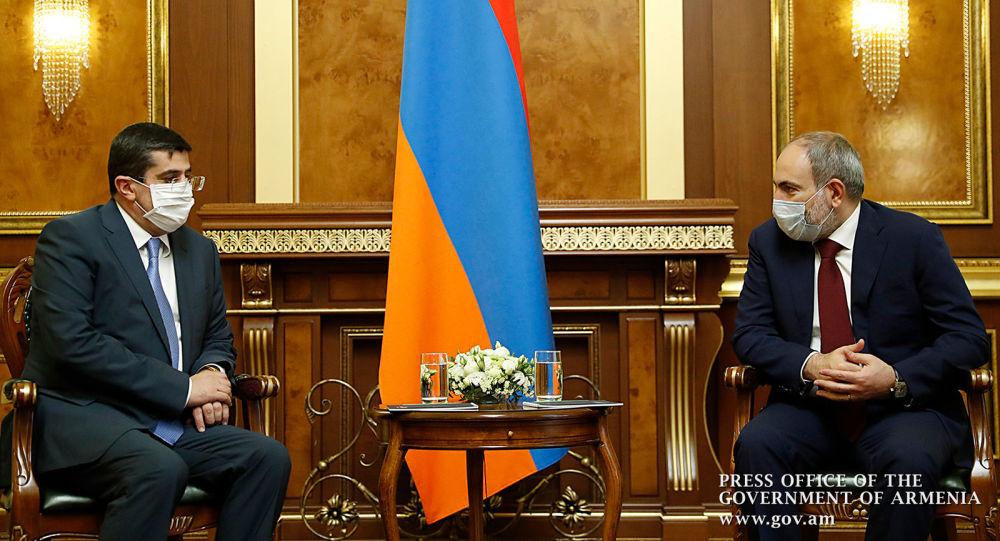 On May 28, residents of Armenia and Armenian emigrants abroad celebrate the Republic Day and the day of victory in the battle of Sardarapat. The first Armenian republic declared its independence in 1918, and the battle of the Armenian armed forces with the Turkish took place during WWI.

The Prime Minister of Armenia considers it symbolic that the first official meeting in Armenia with the incumbent President of Nagorno-Karabakh was held on such an important day.

The Armenian Republic, declared on May 28, 1918, is commonly called the First Republic. Soviet Armenia is the second, and the current Republic of Armenia, which declared its independence after the results of a popular referendum in 1991, became the third.

“Armenia and Karabakh are a common security space”

During the meeting, the leaders of Armenia and Nagorno-Karabakh agreed on the implementation of long-term strategic projects.

“Armenia and Karabakh are a common security space, and the plans and challenges before us today are clear. I am sure that we will be able to jointly confront and manage these challenges, bring our homeland onto the path of long-term development,” said the Armenian Prime Minister.

The president of Nagorno-Karabakh stated that he considers integration with Armenia to be one of the main components of his work in the new post. He even has plans to create a special integration committee:

“We have several tasks to accomplish in the field of security and economics. We, of course, are taking into the specifics of the situation in Karabakh, and are paying special attention to it. We are counting on your direct support, or rather, the continuation of that support, in maintaining the assistance that you have provided all these years.”

How Republic Day was celebrated this year

Every year, thousands of people traditionally go to the Sardarapat Memorial Complex, which was built 50 years after the battle. The fight between the Armenian armed forces and the Turkish army took place from May 21 to May 28, 1918.

In Armenia, it is believed that the victory in the battle of Sardarapat prevented the destruction of the Armenian people. The British historian Christopher Walker wrote that in the event of a defeat, “it is entirely possible that the word Armenia would be preserved only as a term of historical geography.”

This year, the monument was closed to the public due to the coronavirus pandemic.

Only Armenian and Karabakh officials were able to visit the memorial in honor of 102nd anniversary of the Battle of Sardarapat and the creation of the First Republic.